Scientists have estimated change of water richness of Siberia 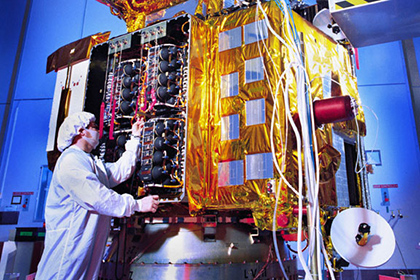 The Swiss scientists have estimated change of the area of sushi, happened on the planet for the last 32 years, in particular, in territories of the basins of Yenisei and Ob in Siberia. Total increase in the area of the waterless territory on all planet has made tens of thousands of square kilometers. The research is published in the Nature magazine.

On the submitted maps, in particular, it is possible to track change of the territories occupied with water on the example of a river basin Ob in Western Siberia. On the image dark blue color answers constant presence of water territories, light blue — seasonal. Green sites designate the area which was the land earlier, pink — the territories in the past covered with water. 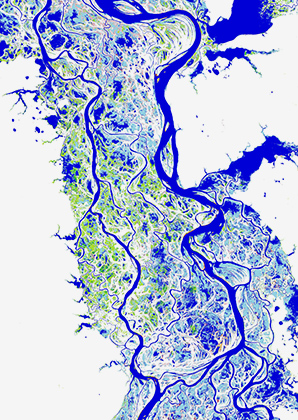 Dynamics of a river basin Ob 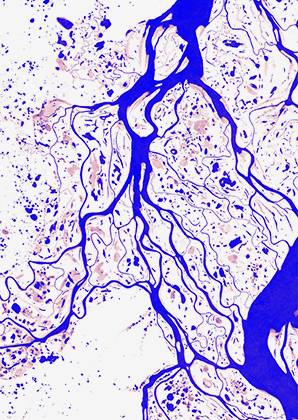 In total for the last 32 years of 90 thousand square kilometers of sushi have become covered with water, and 184 thousand square kilometers, on the contrary, were exempted from her. The most part of losses of water territories, 70 percent, are the share of the Middle East and Central Asia. Meanwhile, on average in all large regions and continents the area of territories occupied by water has increased. The exception was made by Oceania where the area of sushi has increased by one percent.

Scientists have come to the conclusions, having analysed more than three million pictures from the Landsat satellites received in 1984-2015. According to authors, thus they managed to monitor changes to within segments of 900 square meters.

Earlier Netherlands scientists have estimated the gain of sushi which has happened on the planet for the last 30 years at 58 thousand square kilometers. Kazakhstan and Uzbekistan became champions in this process.