Scientists have estimated the impact of the civil war on nature 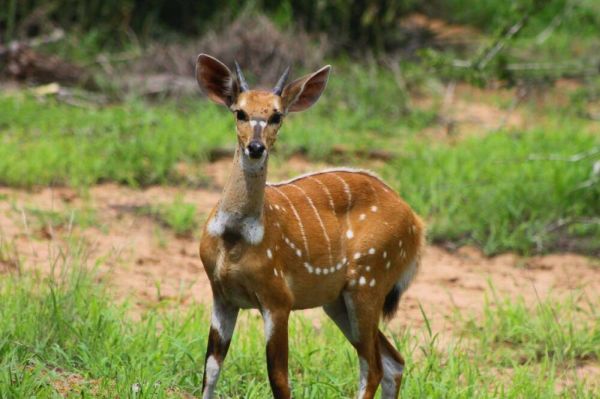 In our era of large-scale wars between states, there are much less than before, but local, internal and civil conflicts continue throughout the world. They often occur in regions that are especially rich in terms of biodiversity, but scientists do not know exactly what impact these wars have on local nature. After all, stopping deforestation, mining, and so on is also a result of war and can have a positive impact.

However, the authors of a new article published in the journal Nature Scientific Reports have found that this does not make war “useful” either. As an object, they chose a prolonged civil war in southwestern Africa, in Angola, which began in 1975 and ended only in 2002. The action took place against the backdrop of forests and savannas, which are home to nearly 300 species of mammals. Many of these animals were hunted both before and after the conflict that affected the territory of Kisama National Park. Scientists have estimated the number of 26 species of wild mammals living there.

The population of 20 species was found to have fallen by an average of 77 percent during the war, with much of the decline affecting large animals such as elephants and buffaloes. Moreover, over the entire post-conflict period from 2002 to 2017, their numbers have not returned to their previous values. Scientists also conducted interviews with local hunters, who confirmed that these animals were shot throughout the war. As their populations declined, smaller game became the target of hunting. As a result, in the postwar period, animals such as antelopes became the main objects of hunting – and destruction.

The authors note that the factors due to which hostilities affect the number of wild fauna are the availability of automatic weapons and the inability to work to protect nature: anti-poaching raids and the like. The flows of refugees, who are forced to partly switch to hunting, and the establishment of military bases and camps in the territory usually free of people, have a negative impact.