Scientists have estimated the probability of flooding of the Arctic 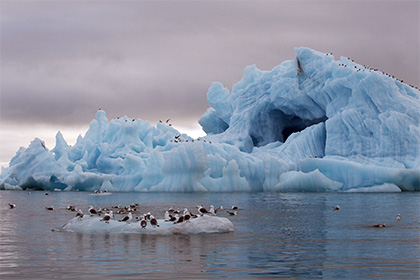 Researchers from Exeter University (UK) assessed the probability of rastoplenny ice in the Arctic by mid-century. Relevant publications presented in the journal Nature Climate Change.

If the average temperature will rise by less than 1.5 degrees Celsius compared to the modern value, the probability that by mid-century the Arctic completely free of ice, will be 0,00001%.

The authors note that most likely is implemented in the third scenario, although in the framework of the Paris climate agreement is signed in 2016, the participating countries plan to hold in the first.

To such conclusions scientists came after the Bayesian analysis of meteorological statistics for the last 150 years, taking into account the fluctuations in air temperature and Arctic platforms are covered with ice in the summer.