Scientists have examined the memory in the microscope 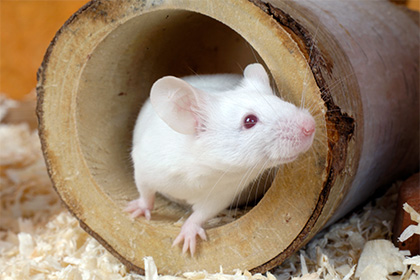 Neuroscientists from the University of California in Los Angeles with the help of miniature microscope watched as the mice brain organizes memory, tying together the various memories. Scientists were also able to recover some of the ties weakened by aging.

Scientists decided to find out how the brain creates and stores memories single. According to them, it has long been observed that past experiences affect the formation of new memory. This allows people to predict what to expect in the future, and make informed decisions.

In their experiment, the scientists used mice in young and middle-age, to check how memory is organized on different events, separated by five hours or seven days. For this, they used a miniature microscope, called a Miniscope. The device allows scientists to glimpse into the brain of animals and observe the neuronal activity while the rodents moved in their natural environment.

Each young mouse was sequentially placed in three chambers, each of which is characterized by odor, shape, lighting and floor material. The animals stayed in the first chamber a week, after which they moved into the second chamber, and five o’clock — in the third, where they received a small electric shock.

Two days later, each mouse was returned in all three cameras. Animals, as might be expected, was frozen in fear in the third chamber. However, to the surprise of scientists, this behavior rodents have demonstrated and in the second chamber. Analysis of neuronal activity showed that the memory of what it was in the second and the third chamber answered the same brain cells, resulting in memories become interconnected.

With older mice the experiment was different. The scientists wanted to check, does the age at reducing the ability of neurons to fire, which is the condition of remembering. Mice were placed in two chambers with a time lapse of five hours, while in the second chamber animal is also zapped. Two days later, the animal was returned in camera, but the sense of fear they showed in the second. In this case two blocks of memory were not linked.

To try to bring back the connection, scientists have excited nerve cells in the hippocampus — the memory center of the brain — before testing in the chambers. The results showed that the mice regained his fear, being in the first chamber.