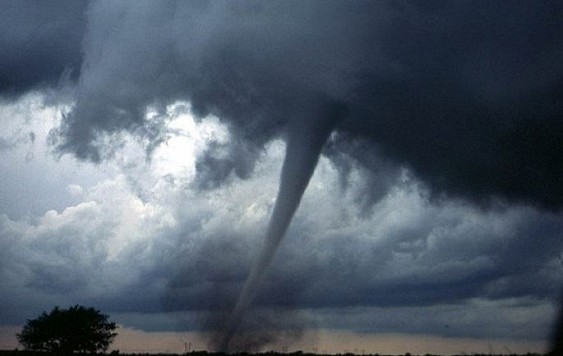 For the current November in the territory of the USA it was noticed by only one tornado though normal this month fix several tens of tornadoes. Meteorologists told about the reasons of this phenomenon.

On average in November, “the second season” of a tornado, note 59 tornadoes. However in 2016 saw only one tornado (in the northeast of Kansas).

The meteorologist Victor Gensini (College du Page, Illinois) assumes that it is connected with deficit of the Arctic ice because of which the quantity of cyclones in North America decreased. Besides, strong changed El Niño of 2016 routes of polar cyclones — all of them more often remain in the territory of Canada.

At last, there is one more explanation — it is given by the tornado forecasting expert John Allen (University of the Central Michigan). According to Allen, the tornado is “blocked” by the huge high pressure area over the territories of the Great Plains and the southeast of the USA which keeps since the end of summer. It doesn’t allow high-rise to a jet current “to break” from Canada to the USA.