Scientists have explained the survival of Komodo dragons 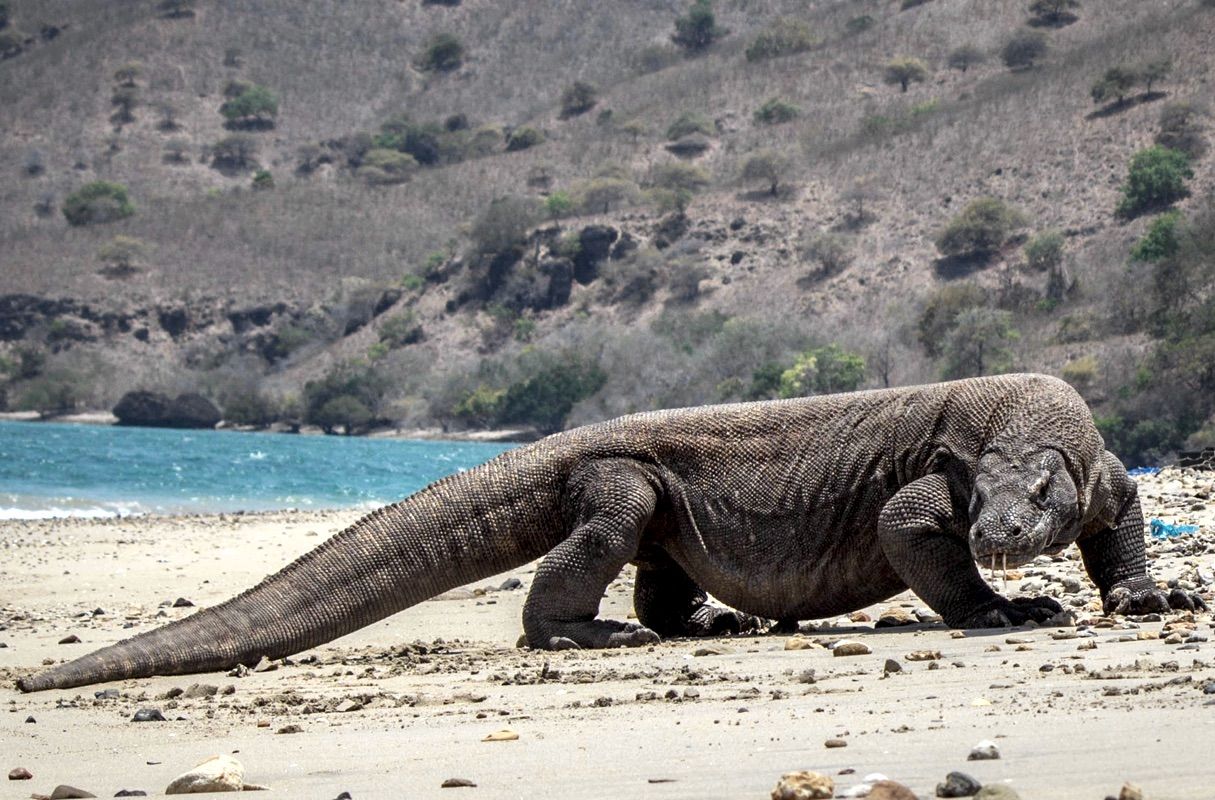 The largest of modern lizards – Komodo dragons Varanus komodoensis – a unique object of study. Suffice it to say that proteins can be isolated from their blood, which can become an alternative to antibiotics in the fight against bacterial infections. The very existence of these ancient giant monitor lizards remains amazing. The authors of a new article published in the journal Global Ecology and Conservation, figured out the almost wonderful story of their survival.

Reaching lengths of up to three meters and weighing more than 130 kilograms, monitor lizards are the dominant predators on Komodo and several neighboring small islands, sometimes even hunting for buffalo. However, their homeland is located farther south: paleontological evidence suggests that the “dragons” appeared in Australia about four million years ago and lived side by side with even larger relatives of Varanus priscus. Not so long ago, during the next cooling and lowering of the oceans, some of them were able to move to the current Komodo. Here, on inaccessible shreds of land, they were able to survive the appearance of a man who, having arrived in Australia about 50 thousand years ago, soon destroyed the continent’s megafauna.

Komodo Island is arid, not very fertile and small, which is why there were no permanent settlements on it until relatively recently, which saved the monitors from extermination. In addition, cold-blooded lizards consume orders of magnitude less energy and can survive by spending a lot of time in a daze and eating only occasionally. Apparently, the survival was difficult: if necessary, the lizards switched to the extraction of tortoise eggs or simply ate each other. Finally, staying on such a limited diet, they were smaller. In the most difficult situations, females could give offspring by parthenogenesis, without fertilization.

The current situation and the huge size of Komodo’s monitor lizards have been greatly facilitated by people who appeared here seven to ten thousand years ago. Without specializing in any particular prey, these predators easily switched to a new prey – deer, pigs and buffalos brought by people. From that moment on, their sizes began to increase, and the “dragons” occupied the niche that their ancestors had once occupied in Australia – the niche of dominant predators, albeit on a tiny piece of land.