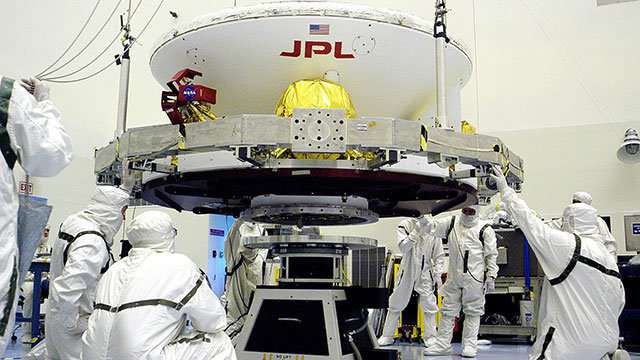 A large group of researchers, led by Rakesh Mogul, a professor of biochemistry from the California State Polytechnic University-Pomona, USA, was able to explain why even with the most thorough cleaning in the sterile premises of NASA, microorganisms appeared.

In its “clean rooms” NASA produces a large number of different procedures aimed at destroying microorganisms on board spacecraft in order to prevent their subsequent exposure to space objects studied by the apparatus. These measures are of great importance, since pollution by terrestrial microorganisms of space objects can lead to subsequent false discoveries of extraterrestrial life.

Despite the large number of different procedures to suppress the growth of bacteria used by NASA in “clean rooms”, molecular genetic analysis has shown that these clean rooms contain a wide variety of different kinds of microorganisms, including bacteria, archaea and fungi, explained Mogul. The genus of bacteria Acinetobacter is the main representative of the microbiota of the spacecraft.

To determine the survival rate of the spacecraft microbiogram in the “clean rooms”, the Mogula group analyzed several strains of the genus Acinetobacter, originally isolated from the premises where Mars Odyssey missions (“Mars Odyssey”) and Phoenix (“Phoenix”) were prepared.

The researchers found that under conditions of a limited number of nutrients, most of the bacterial strains studied grew and developed on cleaning agents for space vehicles. The work shows that these strains of microorganisms grew in ethyl alcohol, using it as the sole carbon source, while demonstrating high resistance under oxidizing conditions. This fact is of great importance, since oxidative conditions are associated with the removal of moisture and high levels of radiation – as is the case, for example, on Mars.

In addition, the bacterial strains studied in this study were able to eat isopropyl alcohol and Kleenol 30, two other widely used cleaning agents, and these reagents also served as nutrient medium for the growth and reproduction of bacteria.

For the purpose of protecting other planets from contamination by terrestrial microorganisms, the results of this study mean that protection measures must be more stringent, in particular, the cleaning agents discussed in the study should be replaced with less suitable bacteria for feeding, Mogul and his colleagues conclude.