Scientists have figured out where sharks most often attack humans. 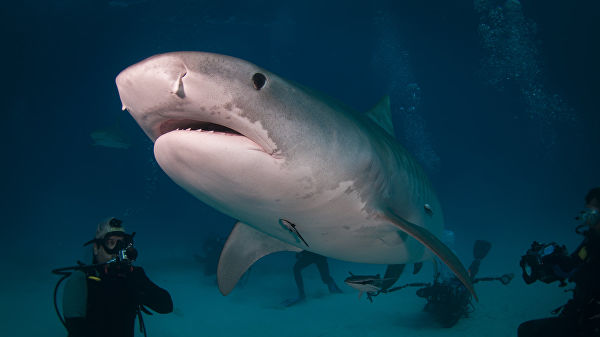 The frequency of shark attacks on humans has increased markedly over the past half century. Scientists analyzed the reasons for this, identified the most dangerous places for a beach holiday and published an article in the journal PLoS One.

“After the“ invasion ”of sharks to North Carolina in 2015, I became interested in how often their attacks occurred in different parts of the world. In our analysis, we took into account not only the number of attacks, but also the population density to calculate the exact number of such incidents,” Stephen Midway (Stephen Midway) from the University of Louisiana at Baton Rouge (USA).

Each year, the authorities of the coastal countries record about a hundred shark attacks on humans, about 10% of which are fatal.

In recent years, attacks of marine predators have been recorded in those corners of the earth where they have not been met before, and where local people have no experience of interacting with sharks. A similar incident occurred in the Russian Primorye region in 2011, as a result of which three residents of the region suffered, and in 2015, predators began to terrorize the shores of North Carolina.

Unexpected collisions between sharks and humans, as oceanologists now believe, are usually associated with global warming and extreme weather events, forcing predators to look for new food sources or to escape from overheating in the colder waters of temperate latitudes.

To find out how the statistics of shark attacks on humans have changed over the past half century, Midway and his colleagues examined data collected by medical services from 14 countries where attacks occurred most often in the past.

For example, the probability of meeting a shark while resting on the beaches of Papua New Guinea, Fiji, Ecuador and Mexico, decreased, but increased dramatically for Australia, USA, South Africa and Egypt.

Also, contrary to established stereotypes, it turned out that most often sharks are attacked not by divers, but by surfers and people who simply swim across the surface of the sea.

In addition, scientists found that the proportion of deaths was higher for those states in whose waters sharks appeared rarely. As American oceanologists suggest, this is due to the fact that local residents and tourists were not familiar with these predators and did not know how to defend against them.

As Midway and his colleagues hope, the data collected by them will help the authorities of tourist regions to better understand how strongly sharks threaten them and take appropriate measures.