Scientists have figured out why bear-sized megabobs became extinct 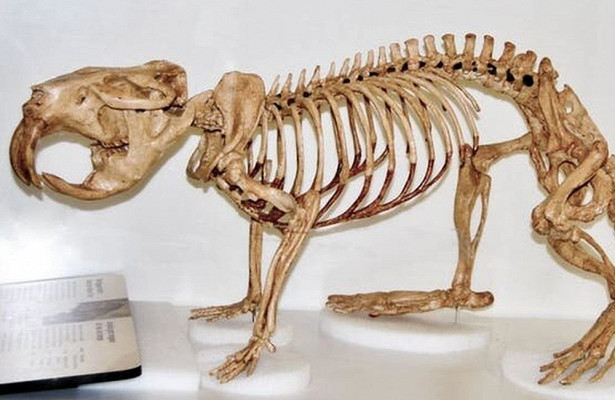 A group of researchers from the United States and Canada presented the results of a study proving that the cause of the extinction of megabobs about 10 thousand years ago was a sharp climate change.

A condensed review of the research on the Phys.org portal was presented by Tessa Plint – co-author of the work. In previous years, paleontologists often found the bones of giant beavers the size of a modern bear. They were common in North America.

These animals lived near the water. Studies have shown that the species died out about 10 thousand years ago at the end of the last glacial period. The cause of extinction for a long time could not find.

Previous studies have shown that these animals belonged to a very successful evolutionary species. By the way, their weight reached 100 kg. New work has shown that modern beavers have little in common with their ancient relatives.

It turned out that the giant beavers did not have a tail-oar, like modern animals. Their tail was long and similar to the tail of a muskrat. Otherwise, the teeth were arranged. In modern beavers, front incisors are distinguished – sharp and chisel-shaped. Megabobrov incisors were larger. They were curved like fangs, and they had no sharp cutting edges.

Giant beavers thrived when the climate was warm and humid. Their petrified bones are found in sediments of ancient lakes and swamps. Isotopic analysis showed that they ate only aquatic plants.

That is, these animals were not “builders of ecosystems,” like modern beavers. He did not “saw down” trees and did not build dams. This made them vulnerable to climate change.

By the end of the last ice age about 10 thousand years ago, the climate became warmer and drier. Traditional habitats of megabobs began to dry out. They lost their food and quickly died out.

Only one species survived – modern beavers, who, by the way, coexisted with their larger relatives for tens of thousands of years. It was the ability to build dams that gave them a competitive advantage over giant beavers.