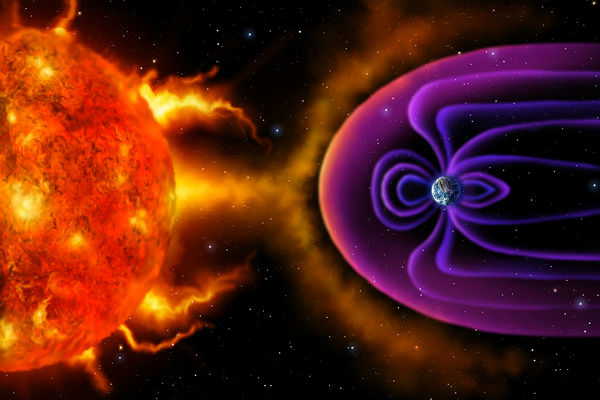 Scientists of the Department of space physics and ecology RFF TSU investigated the effect of perturbations of Earth’s magnetic field on the human brain, reports a press-University service.

During the year student Yulia Afanasyeva “caught” magnetic storms and conducted Express-testing of psychophysical condition of people.
Vyyasnilos that the disturbance of more than four points can slow down the reaction speed of the person. This, according to the scientist, may partly explain the statistics of the Ministry of emergency situations in a noticeable increase in the number of accidents, occupational injuries and industrial accidents involving the human factor during periods of geomagnetic perturbation.

“The processes occurring in the biosphere of the Earth, closely connected with the physical factors, — says Yulia Afanasyeva. — They generally depend on the level of solar activity, or have a cosmic nature. Electromagnetic, gravitational, acoustic field, and the geomagnetic and interplanetary magnetic field are major factors in the biological system of a person, but their influence is not yet fully understood”.

It was decided to examine the characteristics sensomotoric reactions at different levels of geomagnetic activity — from calm to extreme storms.

During the experiments, the participants performed tests of auditory-motor and visual-motor reaction. To assess the results of the electronic system was used LUM (Local universal monitoring), proposed by the colleagues from the Crimean Federal University and space research Institute.

“A similar picture we observed in the study of the effects of natural geomagnetic field on the electrical activity of the human brain,” says graduate student RFF TSU Maxim Sokolov. In the framework of two field trips to the Altai, a series of experiments on a plot of magnetic field inhomogeneity (of the order of tens of thousands of nanotesla on the meter). It was there, near the district center of Kosh-Agach, the epicenter of the most powerful in recent decades, earthquake in 2003.

Volunteers equipped with portable EEG, measurements of EEG parameters in the mode of daily monitoring. The experiments were in vivo base camp in the anomalous zone. The influence of anomalous magnetic field led to activation of separate brain areas and increased amplitude characteristics of the EEG in 2.5-4.5 times relative to the background level. When using the system test LUM were obtained results similar to those recorded during magnetic storms.

According to TSU, the work of Yulia Afanasyeva and Maxim Sokolov seems quite promising, and no doubt will continue.