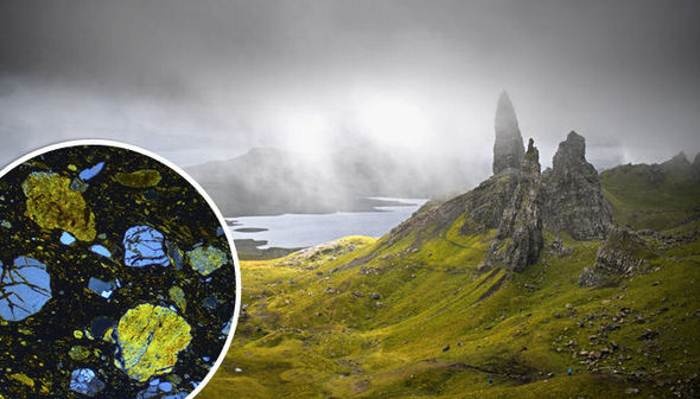 On the Scottish Isle of Skye, a meteorite fell 60 million years ago, geologists discovered, having analyzed the composition of volcanic deposits.

A team of geologists studied the volcanic rocks on the island when they came across a layer of deposits a meter thick at the base of an ancient lava flow. At first they decided that it was ignimbrite, a volcanic rock formed during eruptions. However, after analyzing the rock with a microprobe, the researchers found that it contains vanadium and niobium-rich Osbornite, a rare mineral formed in space and found in meteorites. In addition, the fragments of Osbornite were integral – this indicated that they had previously been part of the meteorite. Also scientists identified reidite – a form of zircon formed at high pressure, for example, in collisions, and several other minerals that could have formed as a result of the impact.

In seven kilometers from the find, the researchers found another site with sediments that had similar mineralogical composition. The age of the deposits was about 60-61 million years and they obviously formed when a meteorite fell to the island, scientists believe. Researchers hope that the find will help to learn more about the formation of volcanic activity on the island. It remains to be seen where the meteorite fell.