Scientists have found a remedy against deadly proteins 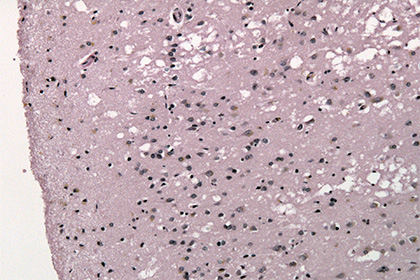 Scientists from the University of Michigan have found a tool that can slow down the development of deadly prion diseases arising from the accumulation in the body of abnormally folded proteins – prions. They found astemizol, used in the fight against allergies.

Specialists used two lasers to measure the rate at which normal proteins pass into the prion state before they begin to form protein aggregates-amyloids. Scientists have shown that there is a dangerous range of transition rates at which amyloid plaques are formed as quickly as possible. Researchers believe that it is possible to remove protein from this range and reduce the probability of aggregate formation.

The results of experiments with prions isolated from the brain of hamsters showed that the transition occurs at a low rate at the neutral acidity (pH) of the solution in which the proteins are contained. At low pH (high acidity), however, the probability of amyloid formation increases. If, however, to accelerate the transition even more, the prions will not be able to form units.

Scientists also found that the antiallergic drug astemizole is effective in preventing plaque growth, increasing the rate of prion formation. In addition, experts believe that other antihistamines can help in the fight against prion diseases.

Prion diseases include Creutzfeldt-Jakob disease, fatal familial insomnia, and also kuru. They affect the brain and other nerve tissues, are incurable and lead to death in a hundred percent of cases.