Scientists have found a way to detect a naked singularity 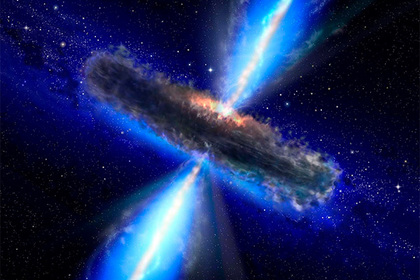 Scientists from the Institute of Basic Research of Tata in India have found a way to find a naked singularity. This is the name of an object of infinite density, which is not closed from the outer observer by the horizon of the events of the black hole.

Singularity is formed when the substance of a very massive star begins to contract due to a powerful gravitational attraction. This occurs during a supernova explosion, which results in a black hole. Since no known force in the universe is capable of stopping compression, a region of space is eventually formed in which the gravitational attraction becomes infinitely high. According to Einstein’s theory of relativity, singularities are found inside black holes.

Under certain conditions, the event horizon may disappear (for example, if the black hole is massive and rapidly rotates), so the singularity is accessible for observation. In this case, it is called naked.

Scientists believe that the naked singularity can be seen from the effect it has on the surrounding space. Thus, any object rotating around its axis, for example a gyroscope, falling into the field of influence of a black hole, begins to describe the circles around this exotic object. In this case, the axis of its rotation begins to oscillate (precess). The closer the gyroscope is to the horizon, the stronger the precession. However, if there are no event horizons, then the oscillation frequency will not change much.

According to the researchers, it is possible to distinguish a black hole from a naked singularity by observing a substance falling on an exotic object. The frequency of precession can then be determined from the wavelengths of the emitted X-ray radiation.