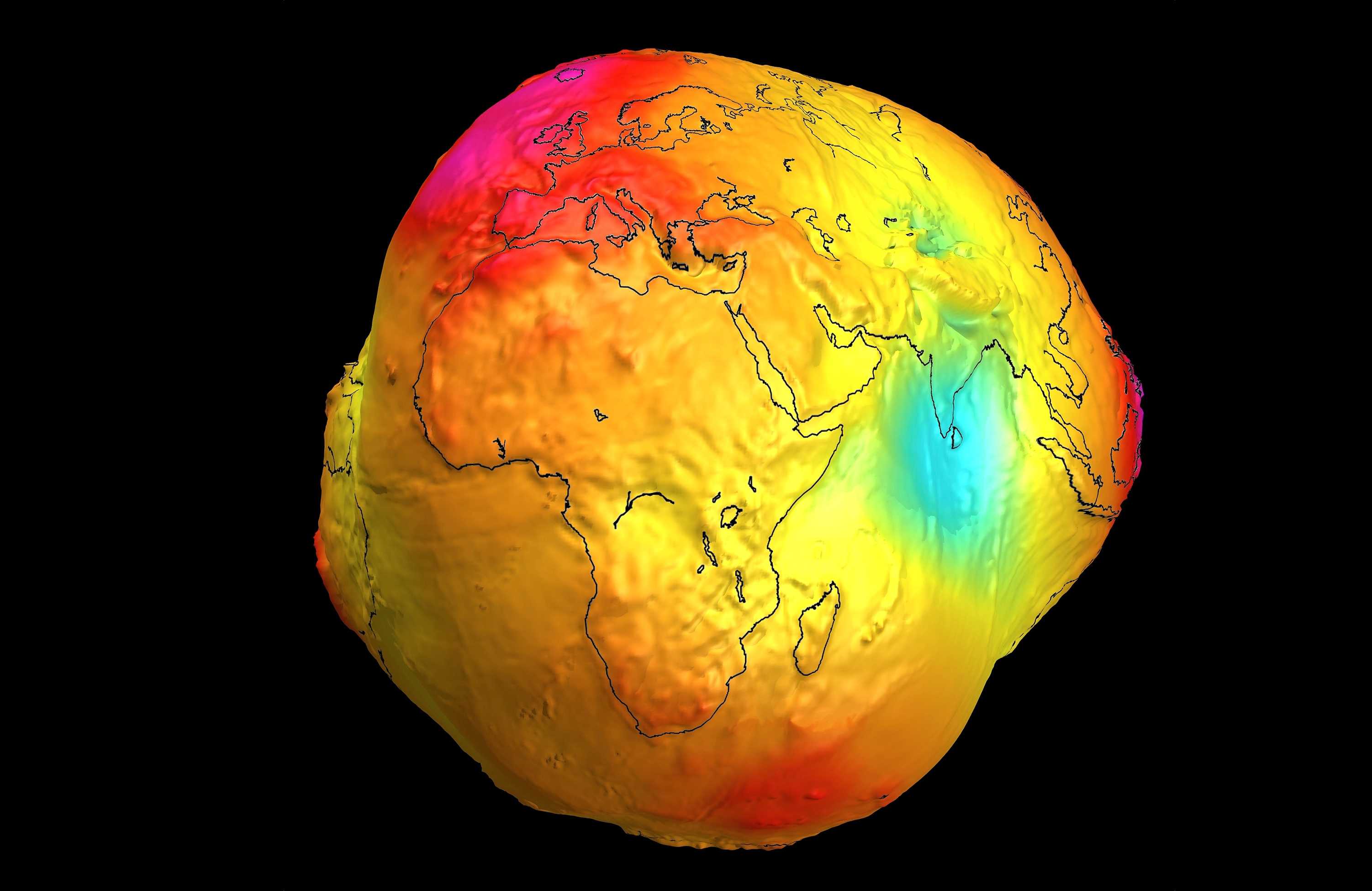 The minimum level of gravity can be felt in the ocean near Sri Lanka: this anomaly is known for a long time, but it was explained only now, by the influence of the African mantle province and the Indian subcontinent that is rapidly escaping from it.

On the images from space, our Earth looks almost perfectly round, but much water is concealed covering most of its surface. In fact, the planet is full of irregularities, mountain ranges and deep depressions, covered with thick continental tectonic plates, and where – by much thinner oceanic ones.

All this creates uneven distribution of the mass in the Earth’s lithosphere, and if it were covered with water it did not rotate if there were no currents or waves in the ocean, then the thickness of the water layer in different regions would be different, the maximum difference between the highest and low areas would approach 200 m. This conditional “sea level” forms the form of a geoid, which gives a more accurate idea of ​​the shape of our planet than the ideal sphere visible from near-earth orbit.

One of the most noticeable details in this case is the Indian Ocean Geoid Low (IOGL), with its deepest point at -106 m, located south of Sri Lanka. The explanation of the mass deficit that creates this anomaly remains one of the most interesting problems of modern geophysics. But now it seems to have been solved – by the efforts of Atri Ghosh (Attreyee Ghosh) and his colleagues from the Indian Institute of Sciences in Bangalore, and also from Germany. The article is published by the journal Geophysical Research Letters, a brief report on the work of the American Geophysical Union (AGU). 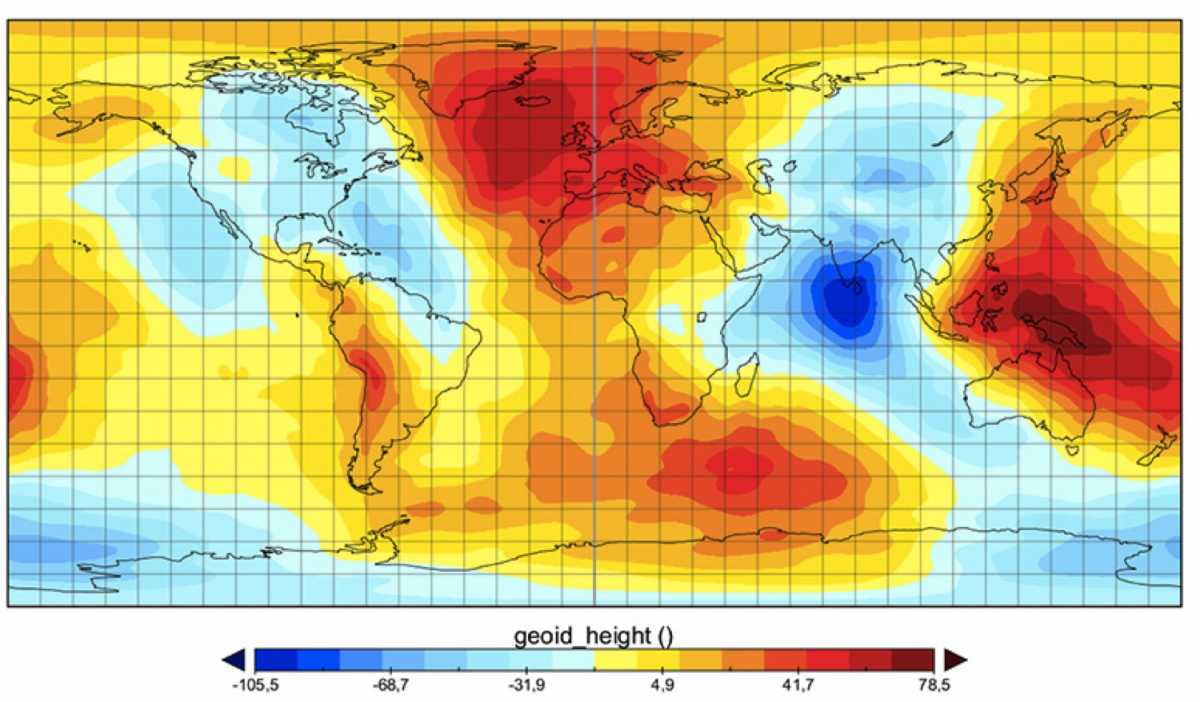 Geophysics simulated convective currents of the Earth’s mantle – powerful currents, during which hotter and lighter material rises to the surface, while the dense and cold descends downward. Anomaly IOGL in this case was associated with an excess of less dense and light substance. But where does he come from? As a rule, such sites are associated with the action of mantle plumes rising upstream of hot currents. However, field observations do not find anything suitable nearby.

On the other hand, a little further to the west is the African superplume. Scientists have shown that India, rather quickly moving away from Africa, directs part of the mantle streams from this vast province to the east. They reach the center of the anomaly in the Indian Ocean; it seems that the riddle of the largest gravity anomaly has been solved.