Scientists have found an explanation for the mysterious phenomenon over Antarctica 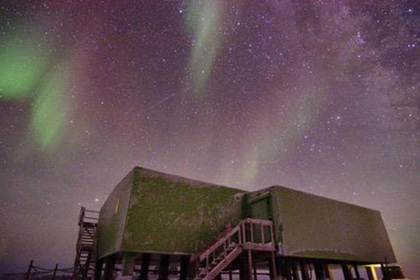 Scientists of the University of Colorado in Boulder proposed an explanation of the origin of mysterious atmospheric gravity waves in the upper atmosphere over the Antarctic.

A gravitational wave in hydrodynamics and atmospheric physics is a specific form of vibrational motion on the surface of a medium or within an aquatic or gas shell of a planet whose existence depends on the gravity. In astrophysics, the term “gravitational wave” has a different meaning and refers to changes in the gravitational field that arise when moving massive bodies.

In 2016, researchers discovered waves that periodically appear in the upper layers of the Earth’s atmosphere every 3 or 10 hours. Their length reaches more than two thousand kilometers. Later, scientists discovered yet another kind of Antarctic gravitational waves that occur in the stratosphere, 400 km in length. The latter made it possible to establish the most probable mechanism for the appearance of larger and higher waves.

According to the hypothesis of generation of secondary waves, when stratospheric waves are destroyed, energy from them is transferred to higher layers of the atmosphere, where giant gravitational oscillations arise. The stratospheric waves themselves are formed during the flow of mountain slopes by air currents, located in the same area as the McMurdo station.

However, researchers also allow for an alternative mechanism, which consists in the existence of a polar vortex – a stable atmospheric structure that occurs over the South Pole in winter.