Scientists have found an insect age of 54 million years 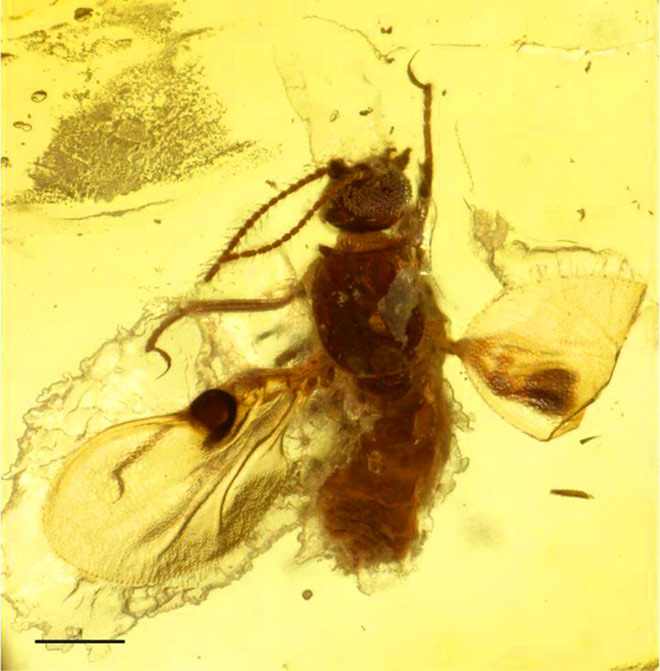 The international team of paleontologists under the leadership of Frauk Stebner from University of Bonn found the midge which stiffened in amber which age — about 54 million years in India. Later it became clear that the insect is a female a wood louse, its size — 0,9 mm. The midge was called by Camptopterohelea odora.

According to Stebner, modern midges don’t possess such “pockets”, but at butterflies they are used for spraying of pheromones in air also involvement of partners that can speak about their same purpose and at ancient midges. According to scientists, the system of distribution of pheromones at them was arranged more difficult, than at their modern relatives, however “pockets” could do spraying more successful.