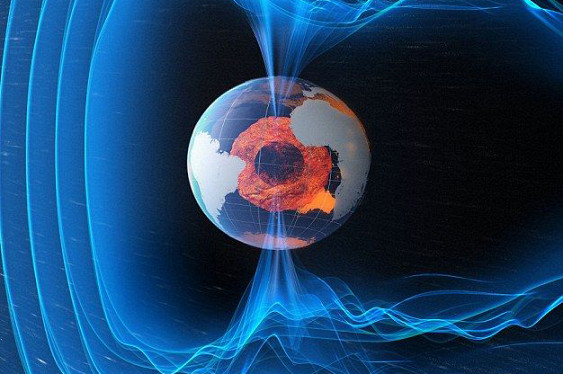 Japanese scientists have found evidence that 770,000 years ago the Earth’s magnetic poles held the opposite position.

As the channel reports, in the Japanese prefecture of Chiba along the Yorogawa River, a geological layer was discovered, the rock samples in which indicate the time of pole change. Analysis of rock fragments that received magnetic irradiation shows that 770 thousand years ago the Earth’s South Magnetic Pole was in place of the North Pole. At the turn, which falls on the time 770 thousand years ago, the magnetic poles of the Earth changed places.

The names of geological periods and tiers in them, as a rule, correlate with the geographic location of the characteristic geological layer. On this basis, Japanese geologists intend to put forward Chiba Prefecture in June as a candidate to give the name to the whole period 770-120 thousand years ago. In this case, the period will be called the Tibany.

In addition to the Chiba Prefecture, two Italian cities pretend to give this period their name, but Japanese scientists believe that the findings of Chiba Prefecture most clearly reflect the main revolutionary feature of the changes that have occurred in it. In this case, the name of the geological period will be assigned to the territory located in Asia, for the first time.