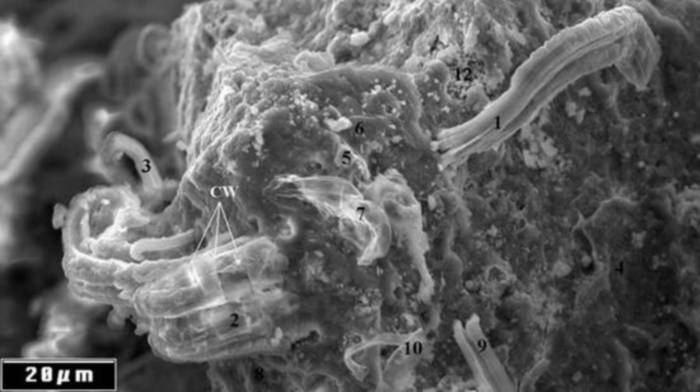 The study group of the canadian scientists conducting the study in the glaciers of the St. Thomas, Ontario, made a sensational discovery. It turned out that the wreckage was found of the meteorite were previously unknown live microorganisms. If the results are confirmed, the microorganisms will be proof of the existence of extraterrestrial life.

The Director of the center for the study of meteorites Peter brown said that the meteorite was first discovered in March of this year. It the fall was recorded by video camera southern Ontario. Peter and his colleagues were engaged in the restoration of fragments of the celestial body. The initial analysis showed that the meteorite contains a previously unknown form of life.

Scientists have discovered that fragments of a meteorite seen the unusual furrow. They suggested that these traces belong to the organisms that became extinct many millions of years ago. Similar findings were discovered on the surface of Mars.