Scientists have found genes “zombie”, including after the death of 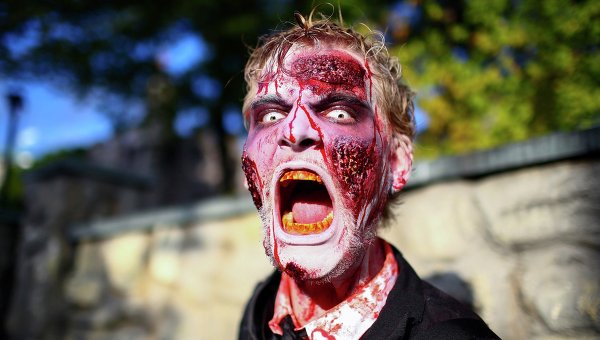 Scientists from the US discovered a whole set of “zombie genes”, which are included in the cells a few days after the death of the body.

“For us, this experiment was a chance to satisfy our scientific curiosity and find out what happens when we die. The main conclusion of our study – it showed that we can learn a lot about how life works, studying her death,” said Peter noble Peter Noble from the University of Washington in Seattle (USA).

Noble and his colleagues found that in our body and animals body there are some genes that start working only after the death of their owner, observing that occurs in the cells of mice and fish-zebras, euthanized with lethal doses of poison.

Watching the processes in the cells of several dozen dead animals, the scientists noticed that gene activity and proteins in them were changed at random as one would expect if all life processes in the tissues of mice and fishes-zebras stopped completely after stopping the operation of the cardiovascular system and biological brain death.

It turned out that the cells of mice and fish-Zebra was attended by several tens or hundreds of genes that included a few hours after death, and whose activity remained at a very high level for five days after the death.

Many of these genes, as scholars have noted, tried to “revive” the body by protecting the cells from inflammation, enhancing immune response, and suppressing stress processes. Other “genes of death”, much to the surprise of biologists, as expressed by noble, was the same stretches of DNA that are active during embryonic development and are involved in the formation of the body and are turned off after birth.

The most interesting discovery was that the cells of dead animals were active those genes that are associated with cancer development. This may explain why transplantation of bodies of the recently dead sometimes leads to the development of malignant tumors.

According to noble, these genes and pattern of their activity, which the scientists call tanatoterapiya, can be used for accurate calculation of time of death of the person and determine the suitability of organs for transplantation. In addition, monitor activity of genes in dying cells, according to biologist, will help to reveal the secrets of their interaction, and how “working” life.