Scientists have found new unknown viruses in the ice 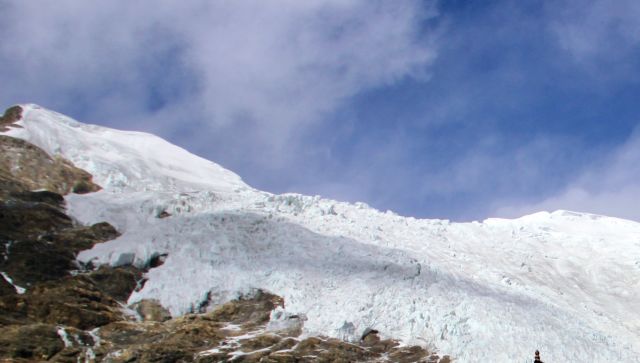 American biologists have found three dozen viruses unknown to science in Tibet. As reported by RIA Novosti with reference to the Microbiome magazine, viruses were found in samples of ancient ice.

After analyzing two ice samples taken on the Gulia glacier 6 years ago, scientists found the DNA of 33 viruses, 28 of which turned out to be completely unknown to science and unlike modern ones. The other four are bacteriophages. According to the researchers, they most likely originated in soil or plants, and not in animals or people.

Moreover, more than half of the viruses came to life after the ice melted. According to scientists, this is a very important point, since in recent years the melting of Tibet’s glaciers has accelerated, and with them viruses “thaw”. Scientists also found that such viruses “can thrive in extreme conditions” and “are able to infect cells in very cold conditions.”

It is also noted that scientists have found an ultra-pure way to sterilize ice, which avoids contamination of the sample with modern microbes. “Perhaps this method will help to find genetic sequences in other extreme ice conditions, for example on Mars, the Moon or closer to us – in the Atacama Desert,” the researchers quoted the publication.

Viruses do not have a common universal gene, so their identification and assignment of a name takes place in several stages. To do this, compare the sets of genes of new viruses and known, already entered in the database.

The authors of the find hope that their research will help to trace the history of the evolution of viruses and better understand the processes of environmental change.