Scientists have found out how spiders find out what part of the web their victim fell into. 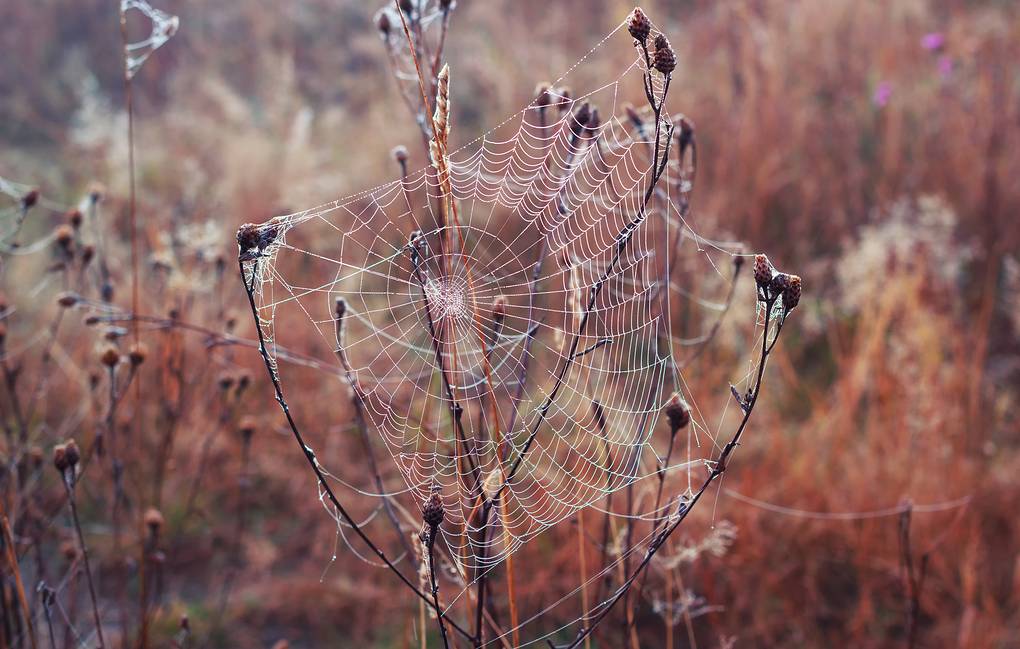 Mathematicians have uncovered a simple principle that allows spiders to find out which part of their hunting network the next victim has fallen into, as well as use the web to constantly collect environmental information. Their findings were published by the SIAM Journal on Applied Mathematics.

“The web is a natural, very light and elegant structure that has gigantic strength in relation to its mass. Until now, we have not even had a simplified mechanical model that describes the work and nature of this two-dimensional vibrating system,” commented one of its authors, professor of mathematics from the University of Udine (Italy) Antonio Morassi.

The web has been attracting the attention of many different scientists for many decades. For example, engineers and mathematicians are interested in the principles of the structure of the web, biochemists and chemists – its composition and the possibilities for applying its components in practice, and evolutionists – in how spiders learned to weave such hunting networks.

As scientists hope, these experiments will help humanity “copy” part of the inventions of nature and teach us how to use them for our own purposes. For example, in July of this year, genetics deciphered the genome of Madagascar spiders weaving the most durable hunting nets on Earth and discovered a unique protein that makes their hunting nets ten times stronger than Kevlar.

Morassi and his colleague Alexandre Cavanaugh from the University of São Paulo (Brazil) found a mathematical answer to one of the main biological mysteries – how spiders almost instantly determine which part of their web the next victim fell into, and also distinguish it from random wind blows or blows of branches .

The web is woven from radial and spiral fibers, whose composition and functions differ. The second consists of a “soft” variety of silk that sticks to the victim and prevents it from leaving the hunter’s net. Radial threads consist of a particularly strong variation of these protein fibers, which hold the web in place and prevent it from deforming.

In the past, mathematicians tried to imagine them as one-dimensional constructions along which the vibrations generated by the spider’s “lunch” or random processes propagate. These models described well how various types of fluctuations arise, but they were not able to explain exactly how the octopus predator determines their type and localizes their sources.

Cavanaugh and Morassi solved this problem by presenting the web as a kind of two-dimensional membrane, which consists of many interwoven fibers of two types. Different types of vibrations propagate on the surface of this membrane. This approach allowed them to put themselves in the place of a spider, which is hidden in the center of the web, and to understand how he “hears” his victims, the wind and other sources of noise.

Calculations showed that the predator determines the position of the victim by comparing how much the tension force of the different radial fibers that his legs touch changes. The eight legs of the spider, according to the researchers, are quite enough to uniquely determine the source of oscillations and understand what generates them.

Such mathematical principles, according to Morassy, ​​can be applied in order to create supersensitive pressure sensors and other sensors similar in principle to a web device, and also to solve other practical problems.