Scientists have found out how the brain distinguishes hallucinations from reality 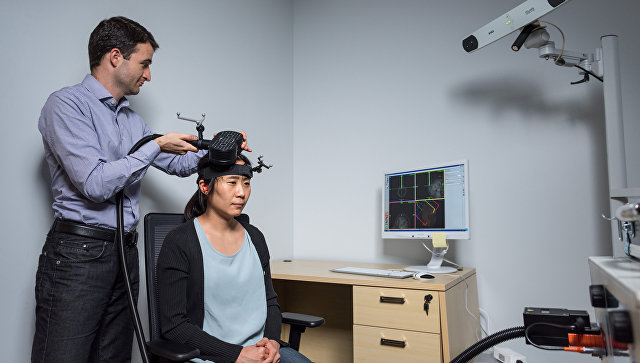 The brain of healthy people distinguishes mirages, hallucinations and other fictitious phenomena from reality due to a special region in the prefrontal cortex of the brain, which logically “checks” the perceived picture, according to an article published in the Journal of Neuroscience.

“In principle, we managed to discover something similar to a visual meta-consciousness that helps us to distinguish reality from fiction.” Have we found the place where human consciousness “hides”? It includes and is generated by so many different processes that we can not yet talk about it, “- said Dobrimir Ranev from the University of Georgia (USA).

In the world of crooked mirrors

For quite a long time scientists believed that schizophrenia and many other mental disorders arise mainly for genetic reasons, because of the presence in the human genes of a particular combination of small mutations that cause serious disruptions in the work of nerve cells and lead to a deformation of the perception of reality.

On the other hand, recent observations of the mental health of large groups of people and experiments involving schizophrenics have shown that often a person begins to see hallucinations and hear “voices” not only because of mutations, but also in the work of chains of neurons connecting different parts of the brain and participating in the processing of information from the senses.

Ranev and his colleagues discovered one of the possible “bricks” of human consciousness, studying how these regions of the brain work and how they help us to distinguish reality from the fantasies of our nervous system.

One of these sites, the authors found, is located between the upper and right side of the prefrontal cortex (DLPFC) and its lower half (aPFC). Both cortex regions, according to scientists, are responsible for processing the image perceived by the eyes, but until now it was not clear what exactly they are doing.

Neurophysiologists managed to find an answer to this question, observing the behavior of two dozen volunteers whose prefrontal cortex they were irradiated with special magnetic impulses that either suppressed or stimulated the work of DLPFC and aPFC, and also the connections between them.

The Edge of Reality

At the moment when this happened, the participants of the experiments looked at the monitor, on which was drawn a set of thin black and white stripes, slightly turned to the left or to the right. Volunteers had to understand which way these lines “look”, and press the corresponding button on the panel, and scientists watched whether the irradiation of the brain changes the quality of their responses.

Changes in the work of their brain really were – when Ranev and his colleagues “included” the DLPFC, the accuracy of responses of volunteers fell, as did their confidence in their rightness. This, according to the researchers, indicated that this part of the cortex is involved in the primary processing of data and its stimulation generated large amounts of “noise” in the perceived picture.

The suppression of the aPFC’s work resulted in more interesting consequences – the wards of neuroscientists began to make more mistakes and more often see “mirages” instead of real lines, but their confidence in their actions and answers did not fall and they did not think they saw something that did not exist.

This indicates that this section of the cortex plays the role of a neurotensor – it analyzes the data coming from its “neighbor”, comparing it with what is already in the person’s memory, and checking the level of his attention and excitement. This part of the cortex, as scientists explain, helps us to look at the brain “from the outside” and verify its correctness with the help of logic and alternative data sources.

Accordingly, stimulation of this region of the brain can help many schizophrenics and other people experiencing problems with perception of reality, “return” from the world of illusions and inaudible voices and begin to lead a normal life. In its turn, further study of it, as the scientists hope, will help them to understand where the human consciousness “hides” and how it works.