Scientists have found out that elephants love “ears” 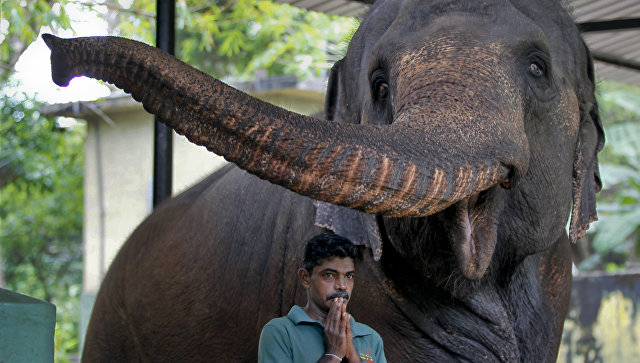 Male elephants like “ears” – observations of their behavior have shown that they prefer to choose females whose “buzz” is not familiar to them, say scientists.

“Our research has shown that males can extract the social information they are interested in from the sounds that females use to communicate with other elephants, which suggests that we need to pay attention to the intellectual abilities of males, including their ability to distinguish voices. It’s not clear how long the males remember the voices of females, and whether it helps them choose the right partner, “says Angela Stoeger of the University of Vienna, Austria.

African and Indian elephants are highly developed social animals that use a variety of methods to communicate with each other, including the help of trumpeting sounds and infrasound. Elephants have a good memory, remember all friends and enemies and are able to empathize with others.

Some elephants, as Stöger learned a few years ago, watching a lonely male named Koshik at the Yongying Zoo in South Korea, even try to communicate with people and learn the “sounds” (Korean words in this case) that people use. Koshik hardly understands what he is saying, but at the same time he was making extra efforts to imitate the speech of Koreans as accurately as possible. To do this, he inserted the trunk into his mouth and made atypical sounds for elephants.

This discovery, as well as other examples of good memory and high intelligence of the elephants, prompted Stöger and her colleague Anton Baotic (Anton Baotic) to think that males can use the ability to distinguish voices and imitate them in order to choose females during the mating season.

The matter is that male elephants usually lead a solitary life and do not live in herds, consisting mainly of females and young individuals. In the forests of Africa and India visibility is extremely limited, and females can use the voice as a kind of questionnaire on the “dating site” for all potential suitors.

Guided by this idea, Stöger and Baotik conducted an unusual experiment. They went to Addo National Park in the territory of South Africa and checked how the males living there will react to the recordings of the voices of familiar females and strangers who live in other parts of the park or in other nurseries.

As experiments have shown, elephants preferred to approach and long to study those loudspeakers, from which the calls of completely unfamiliar females were heard, whose “buzz” was as far as possible in structure from what they had heard in the past months and years.

What is interesting, the reaction of females was the reverse – they preferred to approach the columns, from which the sounds of the individuals they knew sounded. According to scientists, this is due to differences in the lifestyle of males and females – the latter are connected by strong social connections with the rest of their flocks, while males do not have such affection.

According to Stöger and Baotik, such an attraction of males to strangers can be explained by evolutionary reasons – it can help them avoid degeneration, but this statement still needs to be proved in the course of longer observations of how males interact with several different females in wild conditions.