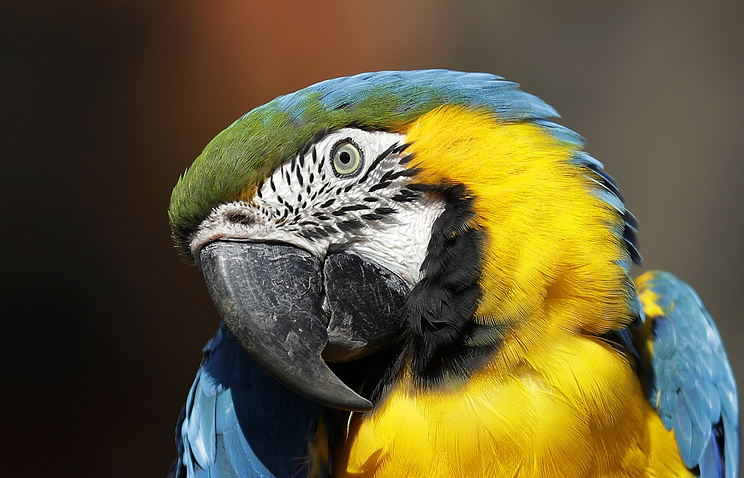 The largest blue-yellow macaws in the family of parrots are able to be embarrassed and “blush” while communicating with a person. Such an astonishing conclusion was reached by French scientists after their research on the influence of various methods of communication on bird behavior, the newspaper The Daily Telegraph reported on Friday.

Experts from the French National Institute of Agronomic Research studied the behavior of birds during verbal communication with scientists. To do this, they put the parrots in the usual conditions for them in an empty enclosure. First, scientists talked with birds and maintained eye contact for two minutes. Then observed the reaction of parrots, when a person stayed at the same distance, but turned his back on the bird.

The results showed that in the process of communicating the macaw “much more often” they were filled with scarlet paint on their cheeks. “Ruffling of feathers and skin discoloration can be associated with the manifestation of internal feelings of birds,” the study’s author Alin Bertan said. In her opinion, the reason for this is the desire of parrots to look better, as well as the positive effects of social interaction.

Previously, biologists believed that the appearance of blush on the cheeks is characteristic exclusively for humans. This phenomenon is caused by a strong emotional tension associated with increased attention to the individual.

“Millions of birds are kept as pets,” Bertan said. According to her, understanding the reaction of parrots to communication and visual contact with a person will help improve their existence at home.