Scientists have found out what makes a web so strong 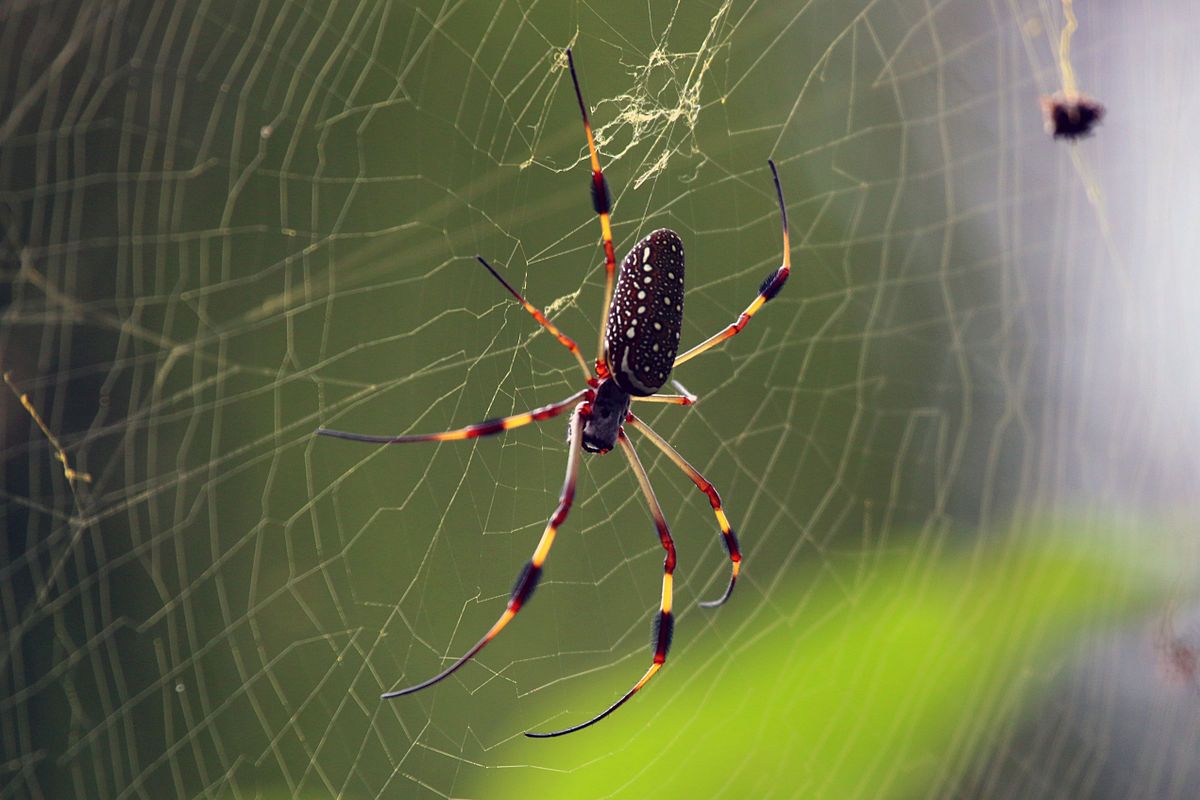 Researchers from the Institute of Physical and Chemical Research RIKEN (Japan) have studied the mechanism that makes the web stronger than steel.

The amazing properties of the web have been known for a long time, but scientists could not learn the secret of its strength. The problem is that the filament is obtained from soluble proteins, which very quickly crystallize into a solid form. Japanese specialists have overcome this difficulty. They formed soluble proteins using genetically engineered spiders Nephila clavipes. This approach allowed us to study the structure of soluble proteins.

Biologists have searched for duplicate domains in the protein structure and found two types. The first is random coils, which are 65 percent; the second is the conformation of polyproline type II helix (PPII helix), occupying 24 percent. According to scientists, it is the PPII helix that undergoes intramolecular interactions, because of which the web instantly becomes strong. This discovery will help in creating strong materials that will be useful in industry and medicine. 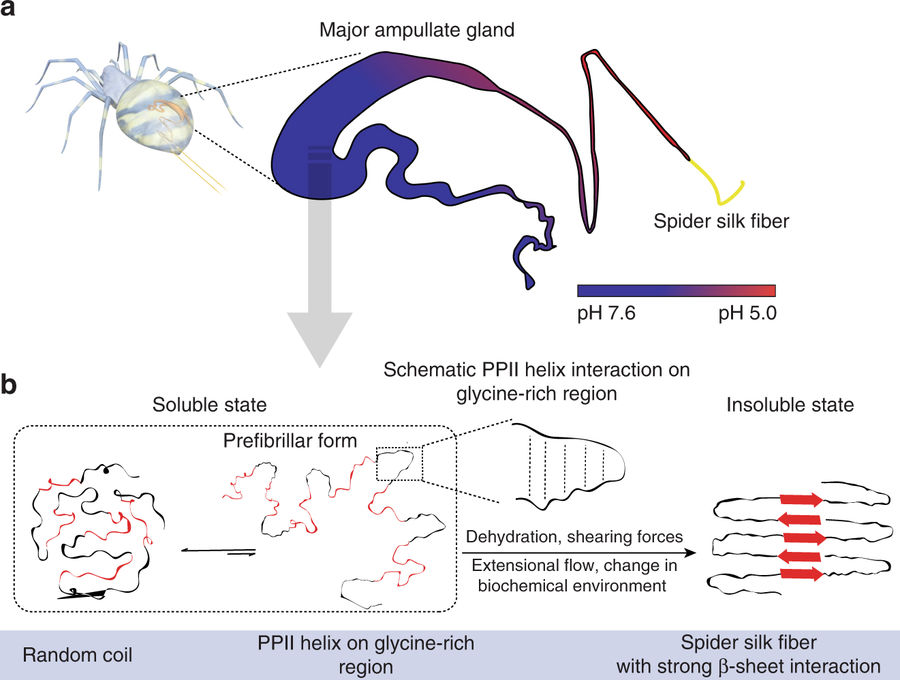 The proposed mechanism for the formation of a web / Nature