Scientists have found out why ants kiss 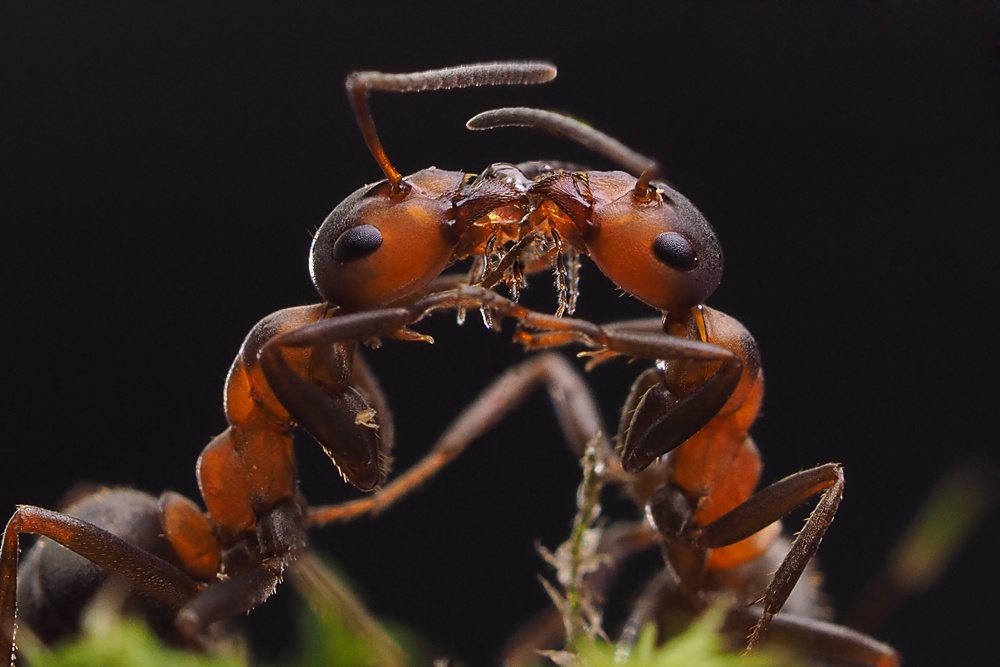 Insects who live groups often practice трофаллаксис which looks approximately as a kiss of two individuals. Earlier scientists considered that sense of a trofallaksis — in exchange of food, but the group of the Swiss entomologists has proved that it also a way of communication.

It has become clear that at “kiss” ants exchange not only sugars, but also important proteins of saliva. The chemical analysis of a secret of ant glands has shown that the squirrels participating in digestion process and also carbohydrates, chains RNA and the hormone which is responsible for growth and development of young individuals participate in exchange. Having found this last substance, scientists were surprised because usually this hormone can’t be found in an organism of an adult individual.

Besides, she contained substances which help ants to identify members of the colony, and some other “social” molecules.

If the ant worker of C. floridanus exchanged a secret with other ant recently, then liquid of a trofallaksis got to food which both workers brought to larvae. From it larvae began to develop quicker, than those that received food from the ants which weren’t participating in exchange of a secret.

Functions of a trofallaksis at ants were much broader, than was considered to be. With his help ants operate growth of young growth and even control a phenotype (set of individual signs) of new generations. At other public insects — for example, bees — трофаллаксис serves for exchange of information between insects from one beehive.