Scientists have found out why wild monkeys suddenly turned yellow 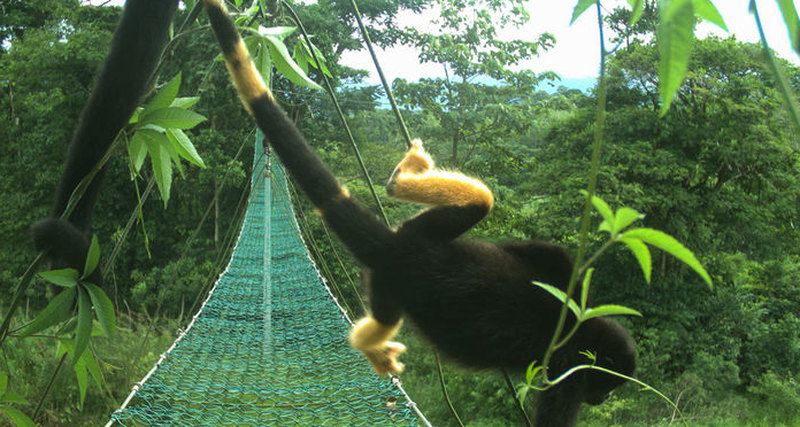 Biologists have discovered that black howler monkeys living in Costa Rica began to turn acid yellow. The reason for such metamorphosis was very alarming.

In the world you can meet animals that can dynamically change the color of their cover – it suffices to recall the well-known chameleons or octopuses. This helps them to perfectly merge with the terrain, while remaining invisible to both predators and potential prey. However, so far, primates of such abilities have not been noticed. That is why researchers studying monkeys in South America were puzzled by a very unusual discovery: Colombian howlers (from the family of Spider Monkeys), usually coal-black, suddenly began to acquire a bright yellow color!

Bright spots that appeared on the tails and paws of monkeys from Costa Rica, were initially taken by scientists for some kind of disease. To find out the reason for such changes, they conducted an analysis of dyed wool fragments. In Colombian roarsmen, eumelanin usually prevails – a modification of the coloring pigment, giving the hair and skin cells a black, gray or dark brown color. But the bright yellow is the result of replacing eumelanin with feomelanin – another type of pigment containing sulfur. It is usually found in animals with yellow or red tones of the skin. 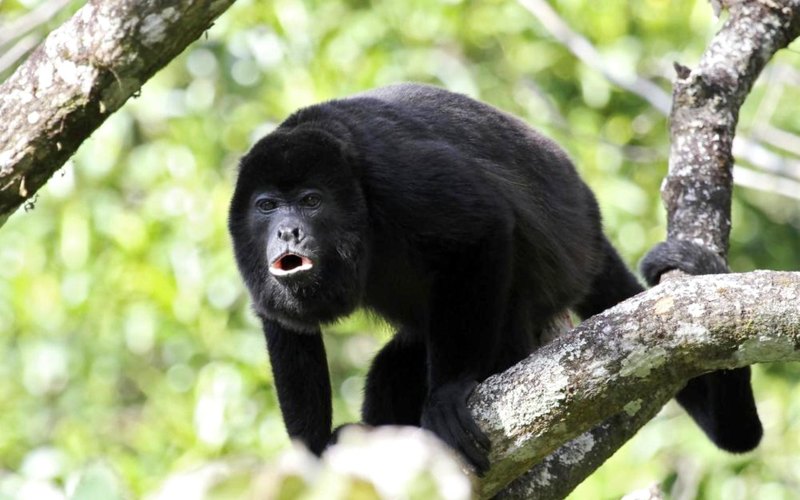 The color of an adult howler is usually coal black.

But what caused this mutation? Biologists believe that the matter is not at all in genetics, but … in man. Most likely, monkeys swallow sulfur, eating leaves on pineapple trees, bananas and waste from palm oil farms – they are treated with pesticides containing sulfur inclusions. Once in the body, sulfur is mixed with the pigment structure of wool and changes its chemical composition.

What does this mean for monkeys? Fortunately, we are not talking about mass poisoning, but the forecast is still disappointing. Bright spots on fur and skin will make primates more visible on the ground, and therefore it will be easier for predators and poachers to detect them. It got to the point that the fur of some monkeys almost completely turned yellow – it is still unknown whether this will affect their offspring.