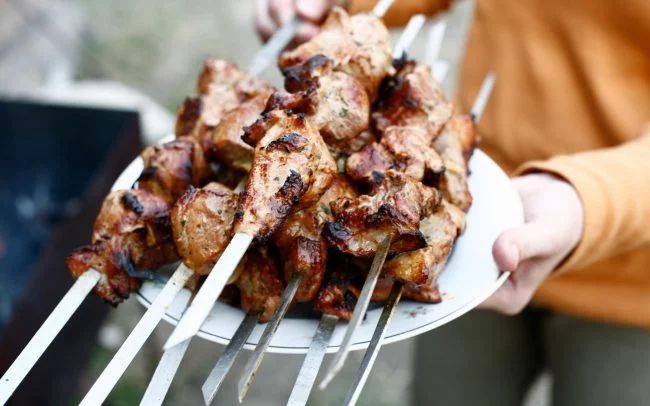 Chinese scientists report that the smoke from frying meat on an open fire has a very negative effect on the human body. The researchers evaluated the danger of volatile carcinogenic compounds that occur when frying meat on charcoal, and found that a significant portion of these substances enter the body through the skin, and not through the respiratory tract, as might be expected. The findings of scientists were published in the journal Environmental Science & Technology.

Researchers note that when coal burns, polycyclic aromatic hydrocarbons (PAHs) are formed. These compounds are dangerous to health and can cause genetic mutations that promote lung, bladder and skin cancer.

Scientists conducted an experiment and invited to participate in it 20 men aged 22 to 25 years. For two and a half hours the experiment participants roasted a barbecue in the open air. Before the study, all volunteers submitted three urine samples collected at intervals of several hours for analysis.

Participants were divided into three groups. Together they cooked meat on fire, but only one group was allowed to eat it. Thus, the scientists figured out how the PAHs that feed the food influence the body. The second group was at the fire without any means of protection from the smoke, and people from the third group wore respirators with compressed air. Thus, only their skin was exposed to the effects of smoke. After the experiment, the men again passed urine for analysis.

Scientists have analyzed the amount of PAH degradation products in urine samples, and also studied air samples collected during the experiment. As expected, the greatest amount of hazardous substances entered the body with food. However, the researchers note that the effect of PAH on the skin was even more dangerous than on the lungs. Thus, even a short stay near the brazier can contribute to the development of cancer.

Clothing with long sleeves helps to reduce the effect of harmful substances, but researchers note that such protection is effective only for a short period of time. When the substance becomes impregnated with smoke, the skin gets more carcinogens. To reduce the risk to health, scientists recommend changing clothes immediately after cooking.