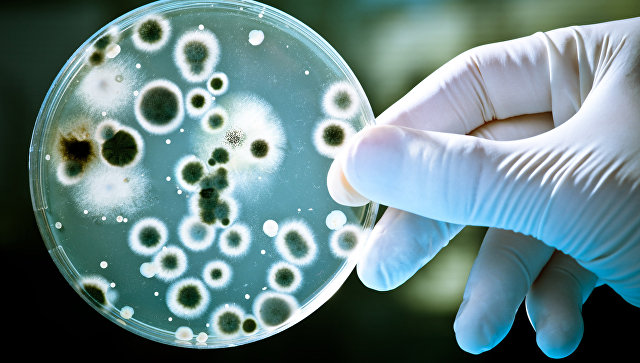 Geneticists unexpectedly found common features between the viruses bacteriophages killing with microbes, and spiders – black widows that specifies the unusual relations between viruses – “killers”, their “colleagues” – spiders and parasites of invertebrates, it is told in article published in the Nature Communications magazine.

Diseases and infections aren’t something, than only the person and other multicellular beings suffers – between bacteria and viruses already several hundreds of millions of years go continuous survival war. Traces of this war can be met everywhere – so, contains in each milliliter of sea water to one billion “fighting viruses” – bacteriophages, and about 70% of sea microorganisms are infected by them.

For billions of years of evolution viruses learned to bypass attention of protective systems of microbes, and the last – purchased peculiar genetic “antivirus”, the CRISPR-Cas9 system which finds traces of virus DNA in a genome of a microbe and forces it to make a suicide for protection of the next bacteria. Besides, bacteria learned to hide in cells of other living beings, where to viruses not so just to get.

Sara and Seth Bordenstein from Vanderbilt’s university in Nashville (USA) opened extremely unusual round of this biological “nanowar” and opened the first example of violation of the main law of life of viruses so far, studying genomes of two “combatants” of this conflict – a bacterium parasite of the volbakhiya infecting cages of spiders and insects and her main enemy, WO bacteriophage.

Having studied genomes of four strains of this bacteriophage, geneticists noticed something surprising – their genetic code consisting of about 65 thousand “letters” – nucleotides, comprised rather large piece which on the structure was similar not to DNA or RNA of viruses or microbes, and to genes of multicellular beings. Length of this site was so big that its addition to a virus genome actually doubled its size.

Having studied their structure, scientists with surprise found out that these genes represent almost complete copies of scraps of DNA of spiders and insects. They comprised instructions for assembly of a latrotoksin, poison of the black widow, other toxins of arthropods, genes of ants connected with transportation of proteins through membranes of cages, and also the sites of DNA helping to avoid attention of immune system. Scientists face similar behavior of viruses for the first time as was considered earlier that bacteriophages and other viruses “are aimed” at infection of only one kingdom of living beings.

From where these genes at a virus could undertake? As scientists believe, the bacteriophage “borrowed” from organisms of those insects and arachnoid in which cages the volbakhiya learned to get into time of the evolution. Genes of spiders and ants, according to scientists, help a virus to get freely into their cages, to find there bacteria, to infect and destroy them. It helps a virus to breed, and to their “accomplices” – invertebrates – to get rid of a parasite.

Similar “theft” of genes isn’t something unusual to the world of the nature. Scientists call this phenomenon horizontal transfer of genes. Earlier was considered that interspecific exchange of genes or horizontal transfer happens, generally among bacteria and other unicells. However later genes of bacteria parasites and even plants have been found in DNA of some insects and invertebrates.

In particular, in February, 2015 biologists have found out that sea slugs of Elysia chlorotica have stolen a number of genes from seaweed which help them to steal chlorolayers from cages of the plants eaten by them and to use them for photosynthesis. Similar “theft” is very unusual as earlier scientists even didn’t think that genes of plants will be able to work in animal cages. Now their number includes also the viruses which have learned to steal genes from invertebrates.