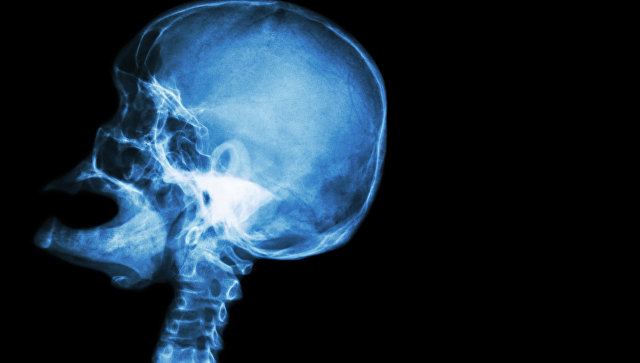 Geneticists have opened five sites in DNA of the person which directly determine the maximum sizes of a skull and influence intellectual development and predisposition to some diseases of a brain, it is told in article published in the Nature Neuroscience magazine.

In the 19th century scientists have noticed that the form and volume of a skull considerably differ for different individuals and even groups of people that some unscrpulous persons tried to use for justification of various theories of racial superiority. Actually, as show hundreds of later researches, no communication between a shape of a skull, the volume of a cranium and intelligence exists.

Today distinctions in volume of a skull interest neurophysiologists and geneticists for the reason that the genes which are responsible for its structure and the sizes can be connected or influence development of various neurodegenerate diseases and generate specific features of individual development.

Huge group of geneticists including scientists from Russia, have conducted the first large-scale research such within which they have tried to allocate the genes and sites of DNA connected with skull volume at the person. These experiences it was carried out within the CHARGE and ENGIMA projects sent to search for features in structure of the genes influencing work of heart and brain.

For this purpose scientists have taken and have analysed structure of DNA at over 32 thousand inhabitants of Europe, Asia, Africa and the New World then have compared sets of small mutations in them and have compared the obtained data with as far as volumes of their cranium differed.

This comparison has shown that the sizes and a shape of a skull are defined by a genetic image approximately on 25% and that in our DNA there are seven sites, two of which were earlier known to scientists, responsible for cranium volume. These fragments of a genome are located in our DNA compactly and they are on 6, 10, 12 and 17 chromosomes.

What is interesting, four of these new sites contacted not skull volumes earlier, and human height. It has induced scientists to carry out an additional inspection which has shown that the sites opened by them haven’t been directly connected with growth and equally influenced the skull sizes as at high, and undersized people.
Scientists have doubted singularity of the sizes of frontal lobes of a brain of the person

On the other hand, they have been connected with a head circle at children’s age, and also with mental capacities in the childhood and at adult age, and also predisposition to Parkinson’s disease, a mikrotsefaliya and other serious illnesses. As specifically they are connected among themselves, scientists don’t know yet, but plan to find out during more large-scale genetic researches.

Many of these sites as geneticists explain, are located in the genes operating cellular metabolism and growth of fabrics that can explain why they at the same time influence also the skull sizes, and mental capacities. Their further studying as authors of article hope, will help to understand how the volume of a skull can influence various aspects of life and development of the person.