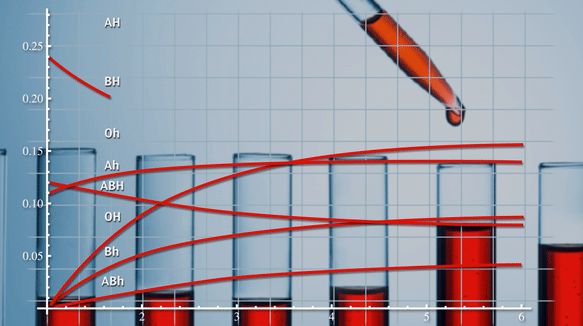 At the GV Plekhanov Russian Economic University, a software product has been developed to calculate the distribution of frequencies of occurrence of blood genotypes among people in different regions and countries at a given time. The created program can be used to study the dynamics of occurrence of other genetic traits, as well as in virology. The results of the research are published in the authoritative scientific publication Journal of Symbolic Computation, which is part of the Elsevier publishing group.

From the point of view of transfusiology, the classification of human genotypes by groups and Rh factor is significant. At first glance, it may seem that there are only eight possible combinations of four blood groups and two Rh factors, but this combination is not exhausted. The genetic information contained in DNA is on two alleles, so there are homozygous and heterozygous genotypes. For example, the second and third blood groups may be homozygous and heterozygous. These two types of the second and third blood groups are genetically different, respectively, there are six genetic combinations of blood groups. The Rh factor can also be homozygous and heterozygous. From the point of view of genotypes for Rh factors, there are three possibilities: negative / negative, positive / negative and positive / positive. Thus, eighteen genotypes of human blood are possible.

At present, a significant body of statistical data has been accumulated around the world. It is known that in different countries the proportions of groups of people with given genotypes of blood are different. For example, in countries that have been under the influence of powerful migration processes and, as a consequence, have a large and heterogeneous population (Russia, the United States), the distribution of blood groups and within the country is very heterogeneous and very different from region to region. For island nations, such as Japan or Iceland, on the contrary, a very similar distribution of genotypes within regions is characteristic.

Professor of the Department of Informatics of the RGU named after G.V. Plekhanov Timur Sadykov constructed a mathematical model of the dynamics of frequencies of occurrence of blood genotypes (combinations of blood groups and Rh factor) and found out how the distribution of frequency of occurrence of genotypes of blood in a given population in a certain period of time will evolve. The model formed the basis of the software product – a package of procedures and functions in the computer algebra system Mathematica. 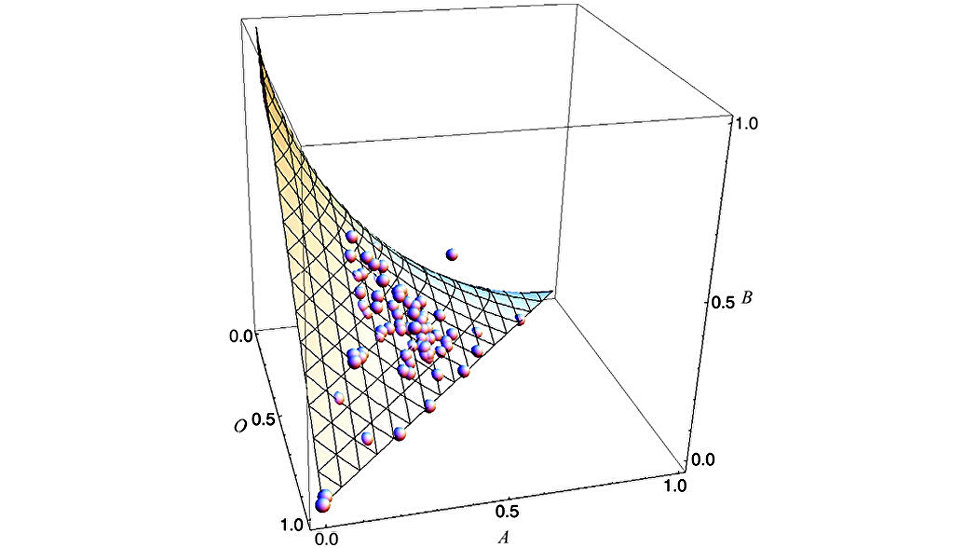 “Thanks to the calculations carried out, it was possible to establish that the limit manifold (manifold-attractor) for a given dynamical system describing the evolution of blood genotypes is given by the binomial ideal, the set of solutions of an algebraic system of equations, each of which contains two terms,” ​​explains Timur Sadykov. Research, I came to the conclusion that the binomial structure of the attractor variety can be inherent in other genetic traits (eye, hair, etc.), and it’s not just about people, but also about In addition, the resulting mathematical model can also be used in virology.Viruses mutate much faster than the human body, respectively, the binomial properties of the attractor are of great practical interest. ”

The computer program gives an accurate description of the evolutionary trajectory of a given frequency distribution of genotypes. It allows us to draw conclusions about how the current distribution of blood genotypes was formed and accurately calculate the frequency of occurrence of blood genotypes among the population of a certain region through any given period of time, including an infinitely large one. In order to obtain the information of interest, the user only needs to specify the initial frequency distribution and specify a time frame. When calculating the program, the program does not take into account the presence of such circumstances as: migration, immigration, emigration, genetically caused mutations.