Scientists have found traces of the most ancient fossil orchids 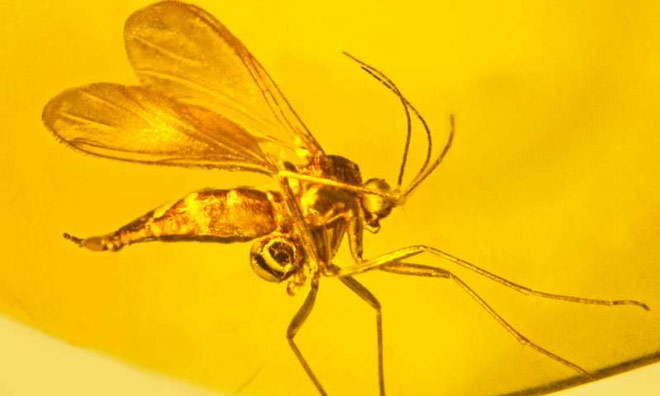 The family of orchids has about 28,000 species, which is twice the number of all bird species and four times all kinds of mammals. Recently, scientists have discovered the fossils of another, very ancient orchid, which froze in Baltic amber 35-55 million years ago.

Prior to this, the oldest fossil orchid was considered to be a captive of Dominican amber, whose age is 20-30 million years. The results of the discovery are published in the Botanical Journal of the Linnean Society.

“Until recently, we had no evidence of ancient orchids preserved in the fossil record. But now we begin to find traces of pollen along with insects trapped in amber, and look forward to new discoveries, “said George Poinar, Honored Professor of Entomology at the University of Oregon (USA) and lead author of the study.

Orchids contain pollen in small sack-like structures called pollinia, which are attached to the viscid, or sticky pads. The latter can adhere to various parts of the body of pollinating insects – bees, beetles, flies or mosquitoes. The whole element is called a pollinarium.

In this case, a small female specimen of a mushroom mosquito carried a pollinaria of an extinct species of orchids and fell into an amber trap more than 45 million years ago, when the continents were still a single whole. The Pollinarians stuck to the base of the insect’s back leg. Amber preserves fossils so well that researchers even could identify a drop of frozen blood on the tip of the foot.

The fossil shows that the orchids have firmly entered the terrestrial flora in the Eocene, and probably their ancestry goes back to the Cretaceous period. While such species are not found, this sample gives a minimal date that can be used in future studies that determine the evolutionary history and phylogeny of orchids.

How did the mosquito appear in amber near the Baltic Sea with pollen attached to it? This can only be guessed. But, according to Poinar, orchids have developed a surprisingly complex system for attracting pollinating insects, which may have led to his death. “Orchids are very smart. In their arsenal, there are many ways to attract little Sims, and most of them are based on deception, “the scientist says.

For example, they can emit a smell that promises hungry insects delicious food, but after entering the flower it becomes clear that the promise was false. Female fungal mosquitoes can react to a mushroom-like odor that comes from some orchids. This attracts them as a place to lay eggs, as rotting fungal tissue is the source of future nutrition. But alas – again a trick. In despair, they sometimes still lay eggs, dooming their offspring to starvation.

All these processes are based on deception, and they all have the same result. Although deception works differently, insects involuntarily collect pollen, and then transfer it to the following orchids, which they so skillfully entice.