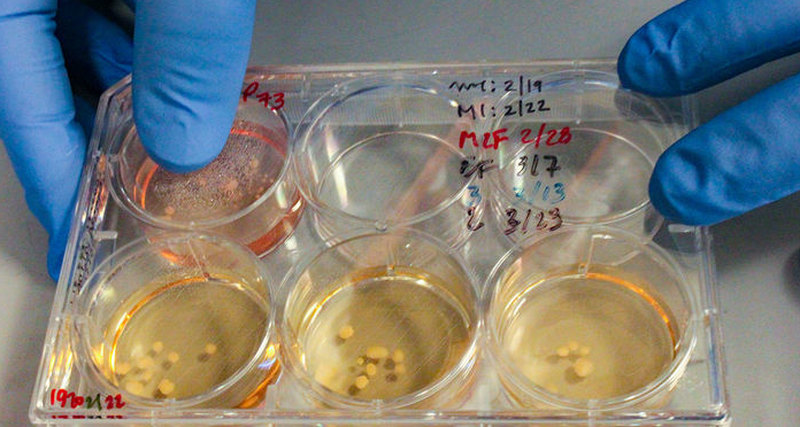 The first results of an experiment on growing organoids of the cerebral cortex from cells carrying a Neanderthal-specific mutation appeared. It turned out that the change of just one gene greatly changed the form and nature of the bonds between the neurons of the organoid.

In May, a group of scientists led by anthropologist Svante Paabo began an experiment on growing organoids of the cerebral cortex with a mutation found in Neanderthal DNA. The same work is done by researchers from some other institutions, and last week a group led by Alysson Muotri from the University of California from San Diego spoke about the first results; while their article is being prepared for publication, the scientists made a report at the Imagination and Human Evolution conference.

American scientists worked with one mutation, characteristic of the Neanderthal genome – a mutation in the gene NOVA1, which is expressed in neurons and “silent” in all other cells of the body. It was introduced into the DNA of human fibroblast cells using the CRISPR / Cas9 genome editing technology. Then the fibroblasts returned to the state of pluripotent stem cells and directed them along the path of development of the neuron – cells of the cerebral cortex. The culture of the mutant neurons, dividing and forming bonds with each other, formed the brain organoid – not the whole brain, but a small part, the aggregate of cells, whose structure, as it is commonly believed, repeats the structure of the whole organ.

The protein, which is encoded by the NOVA1 gene, regulates RNA splicing; in other words, it determines which proteins result from the expression of other genes. In a modern human, mutations in NOVA1 are associated with certain cancers. The Neanderthal variant of this gene did not cause cancer, but completely changed the shape and nature of the bonds between the neurons of the organoid. Neural aggregates from the control group, without the Neanderthal variant, had a spherical shape, the geometry of the “Neanderthal” organelles was more complex. In addition, the mutation changed the migration rate of mature neurons and the number of synaptic connections formed between the cells – they turned out to be smaller.