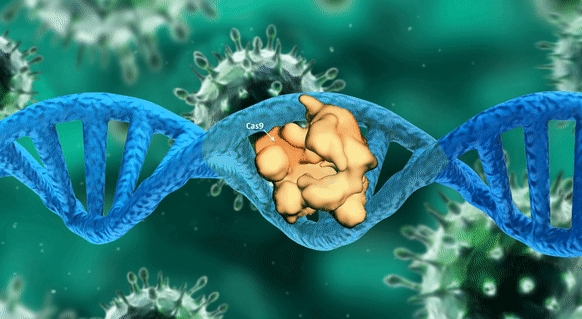 American geneticists presented to the public the first “humanized” pigs, whose DNA was completely cleared of retroviruses that are dangerous to humans, which allows using their organs for transplantation into the patients’ body, the article published in the journal Science says.

“Pig organs are similar to their human counterparts in terms of their size and principles of operation, and they can be grown in large numbers for transplantation, but this is not done for two reasons – because of the incompatibility of pigs and humans at the level of immune systems and the possibility of infecting people with retroviruses, Present in the DNA of the animal, “write George Church of Harvard University (USA) and his colleagues.

Two years ago, Church and his colleagues took the first step toward eliminating these problems by learning to massively edit and remove individual DNA sections in their cells, which are a potential threat to our body.

One of them, as the scientists say, are the so-called PERV-retroviruses, which managed to “dig themselves in” and gain a foothold in the genome of pigs many thousands and millions of years ago. These pathogens do not pose a threat to the animal itself; however, as Church experiments have shown in the past, they can easily penetrate human cells after transplanting the pig organ and infect them.

The problem is that these retroviruses are embedded in the pig’s DNA and are an inseparable part of it. This does not allow to protect the animal from them – it is originally their carrier, and makes their “surgical” removal almost impossible, since the genome of the animal contains dozens of copies of PERV.

Church and his colleagues were able to solve this problem using CRISPR / Cas9 – the newest genome editing system, discovered by European and Harvard molecular biologists in 2013. It allows almost 100% accuracy to remove or replace arbitrary short sections in the DNA of animals or bacteria, without disturbing the work of other genes and segments of the genome.

Using this system, the Church group was able to cut out of the genome of pigs all 62 versions of PERV from the genome of the pig, resulting in its cells began to transmit a thousand times less frequently than PERV viruses when transplanted into human tissues than they did before. This, according to Church, made them much safer for humans and less visible to the immune system.

Two years ago, Church noted that his laboratory had already grown several embryos with PERV-viruses turned off, and promised to turn them into full-fledged animals by the end of 2016. The American geneticist kept his promise and presented to the public today the first pigs, whose DNA was 100% purified from retroviruses.

To do this, scientists had to develop a new method for introducing CRISPR / Cas9 into pig cells, which prevented their “self-destruct” after mass removal of a large number of DNA sections, and overcome a host of other problems associated with editing the genome of embryos grown from these cells.

Implanted surviving embryos into the womb of surrogate mothers, scientists received three dozen healthy piglets whose organs were completely cleared of PERV and are suitable for implantation into the human body with a suppressed immune system. Further experiments with these piglets, as Church and his team hope, will help to understand how it is possible to disable genes associated with incompatible immune systems, and to protect pig organs from rejection after transplantation.