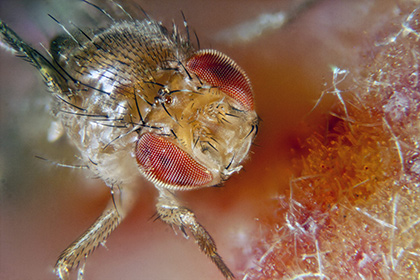 A group of biologists from Vanderbilt University (USA) found a mutation in the mitochondrial genome in females of Drosophila (Drosophila melanogaster), which has a negative impact exclusively on male offspring, reducing its fertility. This phenomenon is called the “mother’s curse” and it was first observed in experimental conditions. The results of the research of scientists published in the journal eLife.

The experiment, whose goal was the discovery of mutations in the mitochondria of fruit flies and determining their influence lasted for more than four years. In the study, biologists determined the viability and fertility of male offspring.

Scientists have created 18 lines of Drosophila, each of which originally consisted of 300 females and 100 males. 12 lines from each new generation (there were a total of 35) were selected virgin females to mate with flies from the first, and the remaining six females were allowed to copulate with any males.

Biologists have identified a point mutation in the mitochondrial genome of one of the lines. The gene in which it occurred, encodes the cytochrome C oxidase. This enzyme restores the oxygen to form water.

Despite the fact that in the protein is replaced by only one amino acid mutation had a negative effect on sperm production and sperm motility in males. While on females it does not worked.

According to researchers, changes in the genome of mitochondria may be responsible for incurable infertility in men. Very “motherly curse” in the course of the study were first observed in experimental conditions. Examples of the negative influence of mitochondrial genes on the males were known and earlier, however, the evidence of lack of effect on females was not.

Mitochondria, according to conventional theory, were originally bacteria that developed the ability to neutralize toxic oxygen molecules and use them for energy. Later they became organelles in eukaryotic cell, which is thus obtained double gene — one located in the nucleus and the other in the mitochondria. While mitochondrial genes are inherited only from mothers. If mutations are harmful only for males, that they are impervious to natural selection.