Scientists have identified the main factors of the death of trees 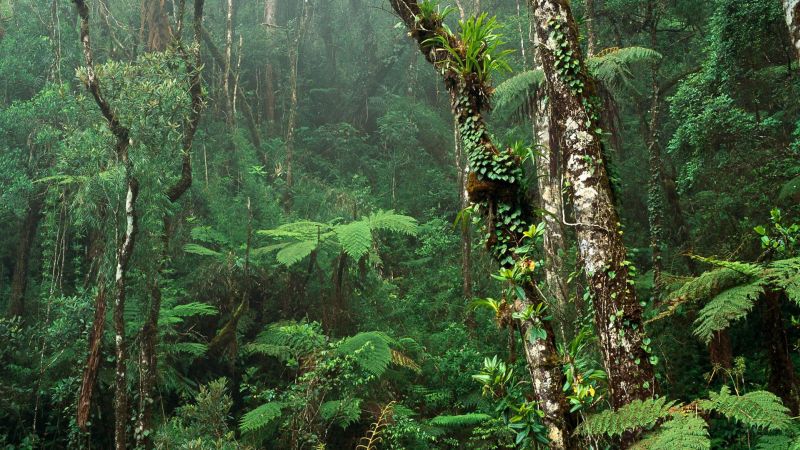 An international team of scientists showed why some species of tropical trees die while others survive, and explained the processes involved in the death of trees in tropical forests. Findings are important for predicting changes in forest biodiversity.

Employees of the University of New South Wales (UNSW Sydney), Macquarie University in Australia and the Smithsonian Tropical Research Institute under the guidance of James Camac analyzed more than 180 thousand trees of 203 species in the rainforest of Panama to study the causes of death of trees and explain the differences among tree species. In their work, they applied a new statistical approach that simultaneously assesses the likelihood of “natural” causes of death and death due to random events, such as tree fall, fire, storm, and damage. The results are published in the journal Proceedings of the National Academy of Sciences (PNAS).

“We found that the main factor in the death of trees of all kinds was slow growth. Plants compete with each other for light – those organisms that are lagging behind in this race, slow down their growth and die. On the other hand, the death of trees due to random events was also a determining factor in mortality among species. We found that species really differ in their risk profiles, but these differences are easy to predict, ”said one author of the article, Daniel Falster.

The rainforests contain an incredibly rich combination of species – from fast-living and soon-dying to opposite ones. This study shows that species that quickly live and die young will lose out to the species that demonstrate a “slow” strategy. Moreover, although growth rates have long been considered influencing mortality, the study provides data on how this effect varies in all species in the forest.

“In the next phase of our work, we want to explore how our approach works in predicting the mortality of trees in forests throughout the world. The approach that we have demonstrated can be applied to more careful use of forest resources. Although we did not look at climate change directly in this study, our updated method of estimating mortality could be used to better quantify how climate change affects forests, the authors conclude.