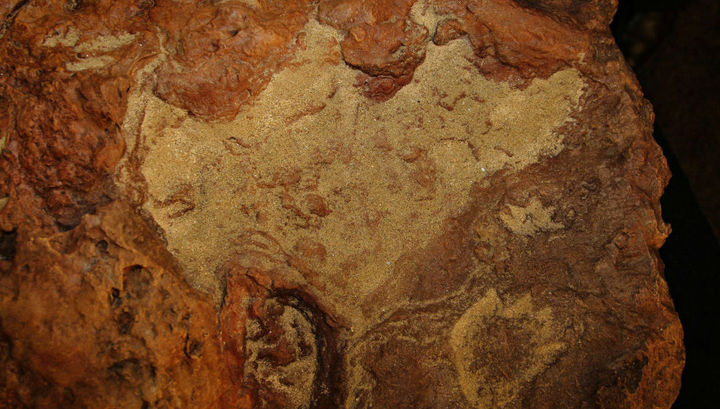 On a stone accidentally discovered on the territory of NASA’s Goddard Space Flight Center (USA), there were about 70 tracks of dinosaur and mammal tracks over 100 million years old. About this result, a scientific article published in the journal Scientific Reports.

Ray Stanford of NASA noticed a suspicious stone in 2012, when he drove his wife to work. It turned out that the plate length of 245 and a width of 90 centimeters is literally covered with traces of ancient animals. The study of the find took several years.

Specialists counted about 70 tracks of tracks left by at least eight different species. In this case, all traces appeared at intervals of only a few days. Probably, the present stone slab in the Cretaceous (about 100 million years ago) was part of the marshy shore.

Among the “reptiles noted in the ages” was a herbivorous noozavr – a five-meter carcass, encased in the armor of bone plates. Over the print of the paw of an adult dinosaur left his mark and cub. Perhaps the parent accompanied the child to a watering place. There were traces and representative of the order sauropods, large and long-necked “vegetarians”. Also noted were pterosaurs, flying reptiles.

The paws were also attached to small individuals (the size of a crow) of theropods, a group of predatory dinosaurs, to which the famous tyrannosaurs also belong. These predators left four parallel tracks. According to the authors of the article, we have before us a certificate of group hunting.

Traces of dinosaurs – this is certainly an exciting find. But a truly unique stone makes traces of mammals of the Cretaceous period.

“The concentration of traces of mammals in this place is an order of magnitude higher than anywhere else in the world,” explains Martin Lockley, a paleontologist at the University of Colorado in Denver and co-author of the study. 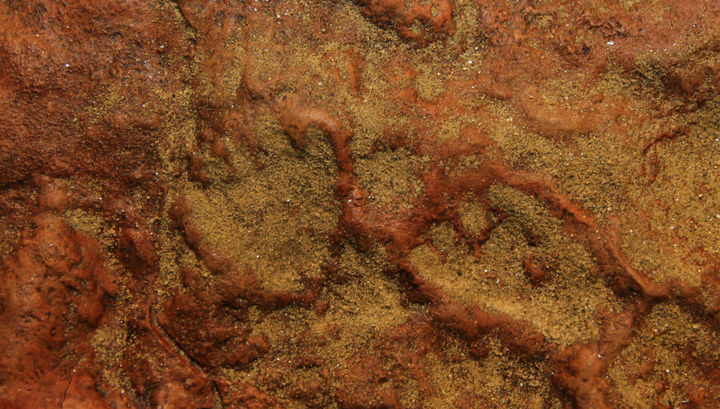 On the plate identified 26 tracks of tracks of our relatives in the biological class. Basically, these were creatures the size of a squirrel, but there were also the largest footprints of a mammal, known among the finds of the Cretaceous period. The creature that left them was the size of a raccoon.

In addition, unique footprints have been found showing that the beast that left them could sit on two legs, like a cat.

The find is especially valuable because there is very little information about mammals of that era. In general, the “trophies” of paleontologists are limited to the teeth of unknown small animals.

“When you have only teeth, you can not imagine what the animals looked like or how they behaved,” notes Lockley.