Scientists have learned 3D printing from Lunar and Martian soil 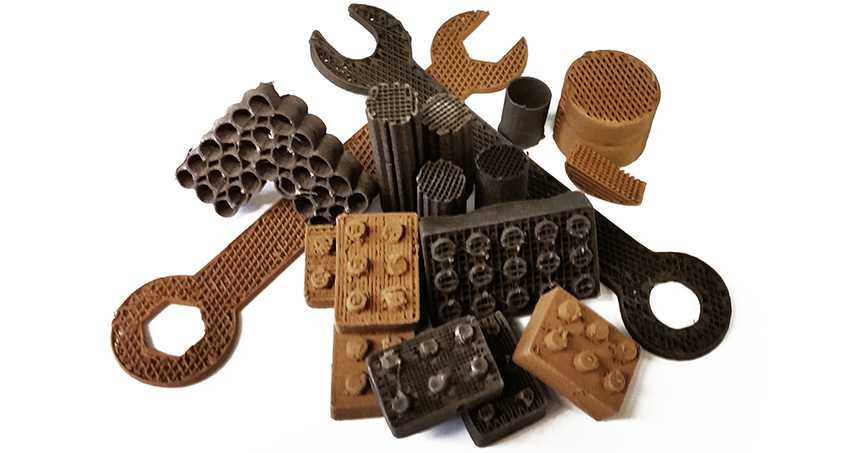 One of the main problems of erecting a permanent habitable base on the Moon or Mars remains material for the construction and production of the necessary objects. Delivering it to the place from the Earth would be too much waste, and experts work out different approaches to using local soil. From this point of view, 3D printing technologies look especially attractive.

Robots can go first and prepare all the basic infrastructure for the arrival of people, and then, already working on the spot, people can make everything – from the facing panel to the fork. Ramile Shah and her colleagues at Northwestern University in Chicago for the first time demonstrated the possibility of using Martian and lunar dust as a material for 3D printing.

Of course, at our disposal so far there are no real samples delivered from the Red Planet, and the lunar regolith is too valuable material. Therefore, scientists used simulators acquired from NASA, which makes them for testing their devices and probes. The shape, size and composition of the particles in them are generally close to those of the real dust of Mars and the Moon.

In an article published by Nature Scientific Reports, scientists describe the method for preparing such dust: the addition of volatile, surface-active, plasticizing substances, and polylactociglycolic acid – up to a total of 30 percent. This allows you to turn the remaining 70 percent of dust into full-featured “ink” for 3D printing.

“We even got elements that fit in the manner of Lego’s computer parts,” says Ramil Shah, “they can be used as building blocks.” The details and objects printed by the scientists on the printer turned out to be firm, but firm, like hard rubber, they are an excellent option for practical use. However, even more valuable is the opportunity to reduce the number of cargoes that the permanent base on the Moon or Mars will require at times.