Scientists have learned about use of a wheel in Mesopotamia at 33-32 centuries BC. 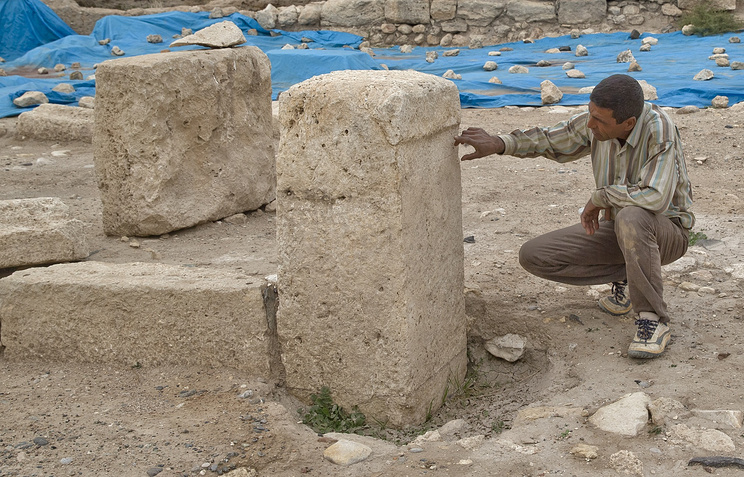 Scientists from Institute of archeology of RAS found certificates of use of a wheeled equipment at 33-32 centuries BC in Northern Mesopotamia. The models of wheels which are dated this period are found in the Syrian province Al-Haseke.

The press service of Institute reported about it.

“In case of excavation the set of models of wheels was found, they date for 33-32 centuries BC. Now this earliest certificate of use of a wheeled equipment in Northern Mesopotamia”, – it is said in the message.

For 22 years the Russian archeologists worked in the Syrian province Al-Haseke, researching the temple complex and the settlement of Tell Hazny I – one of the most ancient settlements on Earth. It arose at the beginning of the IV millennium BC and existed till the 27th century BC. In the 31st century BC monumental buildings of the temple complex which served not only the religious, but also administrative center were built here.

The temple complex stopped existence at a turn of 30-29 centuries BC. However two more centuries the settlement continued to exist after that.

For operating time scientists allocated the main stages of life of the settlement, constituted 11 master plans and reconstructed the image of temple economy. At the same time archeologists could finish the accuracy of datings up to 30-40 years.

“Today it is the best datings from all existing for this period in Northern Mesopotamia”, – it is said in the message.

Life of the settlement and environmental disaster

Scientists established that barley was the main cultural plant of Tell Hazna. In a meat diet beef, pork and mutton prevailed. Archeologists found out that inhabitants kept small herd of cattle in the temple complex and grew up grain and bean plants.

However extensive nature of housekeeping and climate change on more droughty at a late stage of life of the settlement led to catastrophic ecological changes. According to archeologists, trees disappeared, their place was taken by a bush, the region almost turned the desert.

In addition, archeologists found 36 seals and prints. At the same time seals are provided by two types: seals stamps and seals cylinders. The first in the basic used at an early stage of life of the settlement, including time of functioning of the temple complex. And cylindrical were more often used since the beginning of the III millennium BC.