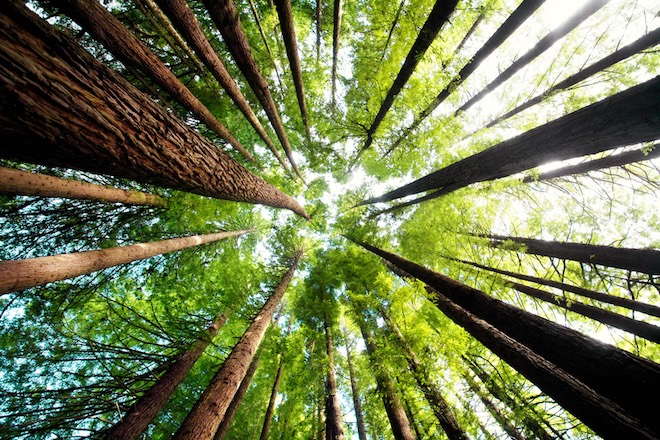 A study of past changes in the vegetation of the Earth resulting from the last glacial period and temperature rise has shown what transformations can occur with landscapes with a similar increase in temperature expected in the next 150 years.

The International Research Group found that two-thirds of the world’s vegetation underwent significant changes from 21,000 years ago to the pre-industrial era, when the Earth warmed by 4-7 ° C.

Knowledge of the relationship between temperature changes and the degree of vegetation change allowed scientists, using models, to determine how ecosystems can be transformed at different levels of greenhouse gas emissions.

According to Professor Simon Haberle, the team used information on past vegetation changes at 594 sites, including all continents, with the exception of Antarctica, to assess the risk of future ecosystem changes globally.

“We already see warning signs of significant changes in vegetation in Australia, as well as the reduction of ash forests in the mountains of Victoria and pine trees in Tasmania, which are largely due to climate change. Large-scale and rapid changes in ecosystems are likely to have serious consequences for biodiversity, carbon storage and recreation, “Professor Haberle said.

“The paleoecological data used for this study can be considered as natural experiments that examine the response of ecosystems to the driving forces of change over time that can not be obtained from instrumental or historical records,” said co-author Dr. Janel Stevenson.

The team analyzed datasets based on ancient pollen reports for a large number of locations in Australia, the Pacific and South-East Asia that have been compiled over decades. “Pollen reflects changes in the landscape and vegetation, and the beauty of these ancient pollen records is that they allow us to see changes over thousands and millions of years,” Dr. Stephenson said.

The study showed that the regions of the Earth with the highest temperature increased during the analyzed period, and they also underwent the most significant changes in vegetation. According to the authors, the results of the work once again underscore the importance of the transition to a global economy that is free from emissions.