Scientists have learned how to build bridges of DNA nanotubes 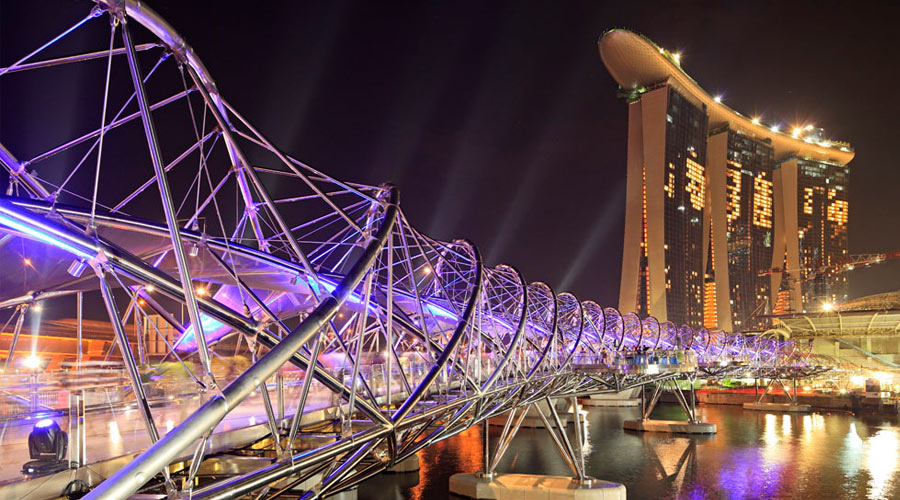 Scientists from the Johns Hopkins University learned how to build bridges of DNA nanotubes – the building process captured on video. In the future with the help of such bridges can be, for example, attach medical nanorobots to living cells or to close the electrical circuit.

DNA is composed of nucleotides — molecules that readily form chemical bonds with each other. Therefore, in recent years a growing body of research in which DNA is used not as a carrier of genetic information, and as a material for biomechanical structures: there is even a new branch of science — nanotechnology on the basis of the nucleotide bases. Already exist methods for the synthesis of “building materials” based on DNA. These include DNA nanotubes.

Abdul Mohammed (Abdul M. Mohammed) and his colleagues from the laboratory of Rebecca Shulman at Johns Hopkins University in the US decided to learn how to build DNA nanotubes bridges, which themselves grow out of given points. As “pillars” of molecular bridges, the scientists used the structure created by the DNA origami, which allows to obtain nucleotides from almost any three-dimensional shape.

DNA Netrebko are hollow cylinders whose walls are composed of nucleotides, each linked to four others. In solution the polymer of the tube is gradually growing and freely swing the loose ends. As shown by the experiments of Mohammed, if the distance between the start and end of the “legs” of the bridge is more than an order of magnitude different from the diameter of the nanotube, the ends of two adjacent pipes are likely to come into contact and closeness, and tubes, have not met the couple will gradually dissolve. The result has been to grow molecular “bridges” with lengths from 1 to 10 microns, while the diameter of each of the nanotubes did not exceed 4 nm. According to Mohammed, to try to connect two such tubes at such a distance — like trying a very long fishing rod to catch the man who stands on the opposite edge of the football field, and still for 10-40 hours it was done with most of the tubes.

According to the authors of the study, nanotubes of nucleotides can be used to attach medical nanodevices to the walls of the cells, as well as for highly precise targeted drug delivery. In the more distant future of these nanotubes may build complex molecular mechanisms. Recent research in the field of molecular engineering illustrate that the conductive molecule of DNA can be turned into a conductor, saturating metal ions. It is possible that self-guided DNA bridges that conduct electric current, will become part of a complex bio electronic devices.