Scientists have learned to talk with beluga whales 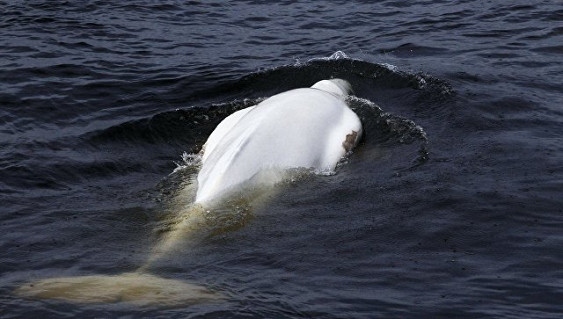 Scientists in Chukotka (Russia) for the first time managed to reproduce belugas connected fragments of signals issued by their relatives, and receive an “answer”.

Research work was conducted in Chukotka, in the Anadyr estuary. According to Roman Belikov, a senior researcher at the Institute of Oceanology of the Russian Academy of Sciences, during the month, beluga whales were videotaped and photographed, and their voices were recorded with the help of several hydrophones.

Devices descended perpendicularly into the water in an improvised protective shell. The recording was conducted immediately on several channels and at night, when the noise ceased. According to Belikov, despite the rather large differences in the speech of representatives of different populations, the belugas managed to get an answer to the lost record.

“For example, the signal of an animal, a fairly young belushonka, which is now in the White Sea, or signals of the White Sea animals or Anadyrian animals, was emitted – and the beluga whales answered,” the scientist said.
Now the research is conducted in a pilot mode.

“However, perhaps after some time we will be able to communicate with white whales, or even understand what the beluga is talking about,” Belikov said.