Scientists have managed to partially restore sight to blind mice 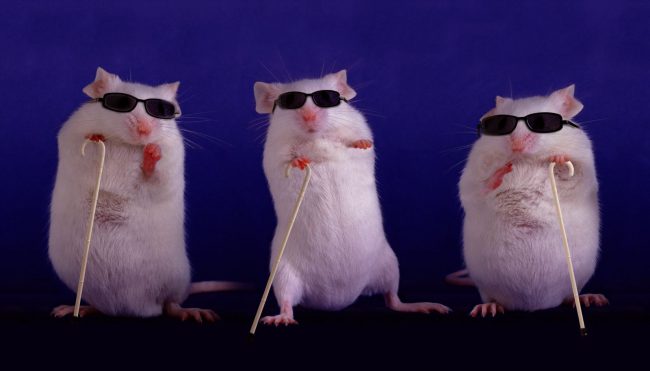 Glaucoma affects more than 70 million people around the world. To date there is no effective way of dealing with this disease, leading to atrophy of the optic nerve and as a result to full loss of vision. Scientists from many countries, including from Russia, are exploring different ways of treating glaucoma. Some have even achieved certain success in this field. Next good news came from California, where a team of researchers from Stanford University managed to partially restore sight to blind lab mice.

The process of image formation on the surface of the retina respond to the so-called ganglion (ganglion) cells. They border with the vitreous body of the eye and form a layer that first receives the light. Their axons lead to the spot of the MARRIOTT, where in the optic nerve and are sent to the brain. The bad news is that if ganglion cells are damaged due to glaucoma or another disease, in the adult are not capable of regeneration. That is why the scientists stood the primary task to restore these cells. The experiments began with laboratory mice.

In the course of studies was tested with several different approaches to solving the problem. One of the techniques implied the use of high-contrast stimulation of the eyes of the mouse, and the other was associated with the chemicals, reaktiviruyushchee intracellular mTOR complexes, thereby enhances the process of growth of retinal ganglion cells. Individually these methods did not lead to any improvement, but in combination they have demonstrated amazing results. After three weeks, the researchers observed a significant increase of axons in experimental. When the mice showed an expanding circle (rodents associate it with the approaching predator), they rushed to the shelter. This is confirmed albeit partial, but the recovery of vision.

Of course, it is too early to celebrate, but the success of this experiment eventually became another step on the thorny path to victory over glaucoma in humans. And let the years pass before we discover a universal cure for blindness, this “small science victory instill confidence in a bright future in the hearts of millions of people around the world. Californian researchers currently continue their work and prepare for rodents, a new series of tests with “more subtle visual component”.