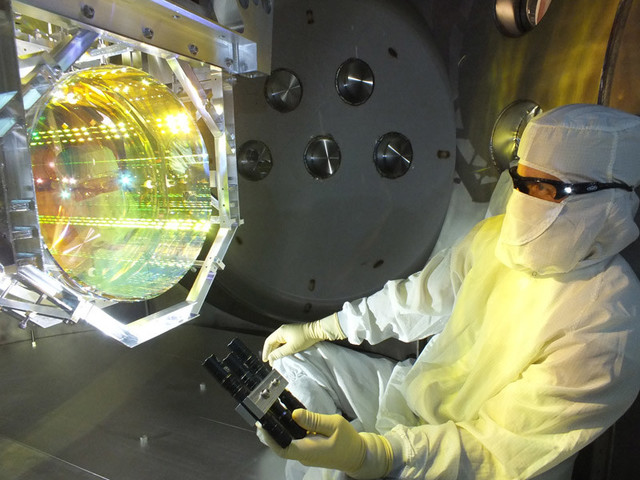 Scientists for the second time managed to capture gravitational waves, whose existence was predicted by albert Einstein. On Wednesday it became known that the signals of gravitational waves observed double observatories in the US on December 25 last year. The detectors were located in Livingston, Louisiana and Hanford, Washington).

Astrophysicist at the University of Pennsylvania Chad Hanna, commenting on this discovery, said that now that scientists are able to detect gravitational waves, they will become a phenomenal source of new information about our galaxy and an entirely new channel for discoveries about the Universe.”

In contrast to the signal registered in September last year and introduced in February, which was clearly visible against the background noise, the second signal was weaker and not visible in the noise clearly. However, scientists managed to “filter out” using special techniques.

Astrophysicists have determined that a detected gravitational waves, like last time, was generated by two black holes, having masses of about 14 and 8 times the mass of the Sun. In the last fraction of a second their merger was formed one more massive rotating black hole that has a mass 21 times greater than the mass of the Sun. In the process of merging, which occurred about 1.4 billion years ago, the amount of energy roughly equivalent to one solar mass, turned into gravitational waves.

The LIGO detectors are found relative fluctuations in the value of 10 to the minus 19th meters (this is approximately equal to the ratio of the diameter of an atom to the diameter of the Apple) pairs spaced four kilometers of the proof mass.

A source of waves, scientists have called the merger of two black holes with a mass of about 29 and 36 solar masses. Physicists call signal “very specific”. In particular, there were an increase in the oscillation frequency over time – what predicts General relativity for merging massive objects (the closer they approach each other, the higher the rotation frequency and the frequency of the emitted gravitational waves).

When the waves reached the Earth, they shifted the beam of the laser detector is one thousandth of a proton diameter. Obtained oscillations of a group of scientists have converted to sound. The audio recording has already appeared in free access in the Internet.

Gravitational waves – a direct consequence of the equations of General relativity, proposed by albert Einstein in 1915. They are described by the equations of wave type, their solutions are perturbations of space-time moving at the speed of light. In contrast, the electromagnetic, the intensity of gravitational waves by many orders of magnitude less, and therefore failed to detect them only after 100 years since the advent of the hypothesis, experts explain.

Observatory LIGO is funded by the National science Foundation of the USA and is built according to the proposed in 1980, the initiative of the us physicists Kip Thorne and Ronald Dreaver. The cost of installation is estimated at 370 million dollars. Research in LIGO are carried out under the collaboration of more than a thousand scientists from the USA and 14 other countries, including Russia, represented by two groups from Moscow state University and Institute of applied physics of the Russian Academy of Sciences (Nizhny Novgorod).