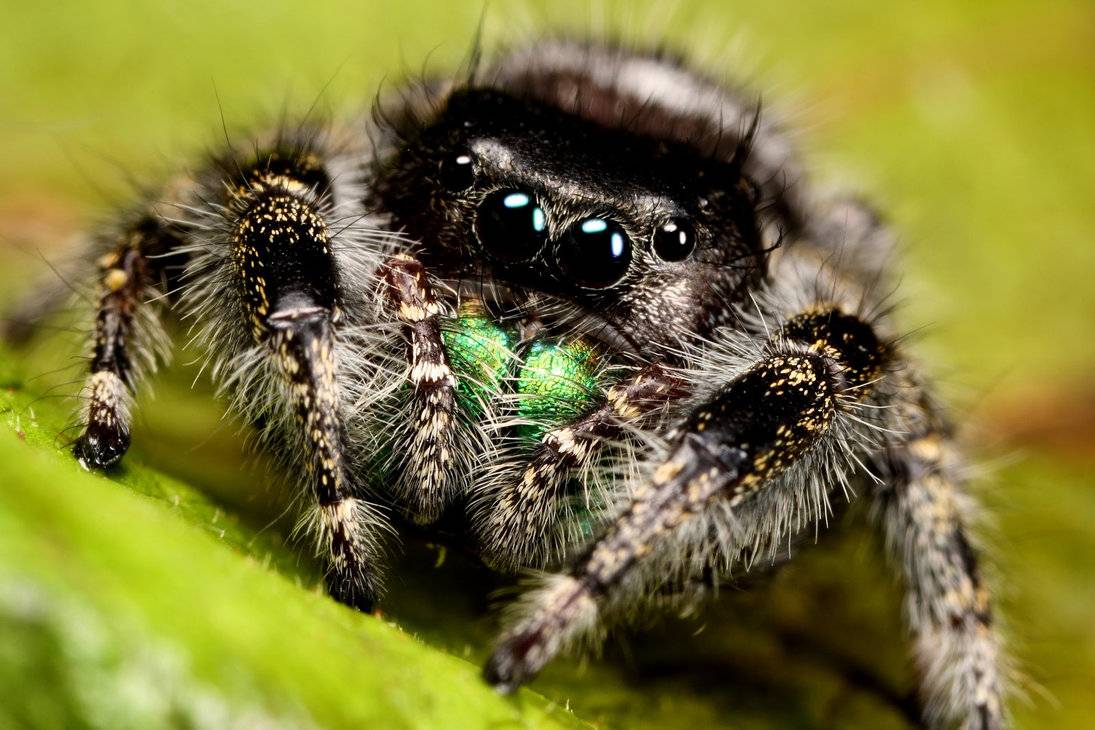 Experiments showed that we underestimated possibilities of spiders to hear the world: they distinguish a sound perfectly and already from several meters.

Spiders have no ears, but it doesn’t mean that they hear nothing. Numerous thin tactile hairs (trikhobotriya) on their extremities right there react to vibration of air or a solid surface – a floor or a wall. It is considered that it allows them “to hear”, catching acoustic vibrations, though it isn’t too good, from distance to several centimeters.

However, judging by the new data published in Current Biology log we strongly underestimated abilities of arachnoid and their sensitive hairs. The experiments made by the American researchers led by Gil Menda showed that they perfectly hear also at a distance in several meters.

Scientists used North American spiders-skakunchikov of Phidippus audax into whose nervous system they entered microelectrodes. It allowed to register activity of neurons and to show that those are activated even in response to the sound made from 3-5 m – for example, cotton or a scratch of the moved chair. Taking into account the sizes of a body of these spiders, one may say, that their sensitive hairs allow them to hear everything within the room from a distance about 350 lengths of a body of the spider as though the person heard everything from 600 m.

Authors marked that in response to low frequency oscillations (within 80-400 Hz) force P. audax to fade: this frequency corresponds to a sound which is made by waves of wings of the predatory wasps dangerous to these spiders. Perhaps, led need to note approximation of threat to development in them of such excellent hearing.