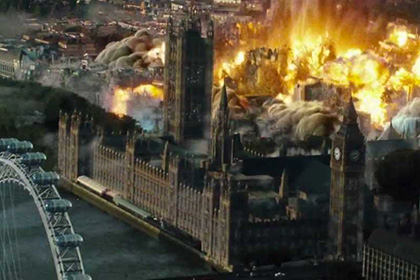 Scientists have assessed the scale of the disasters, the occurrence of which would cause the fall of large cities, e.g., Berlin and London, asteroids.

The fall of the Berlin celestial bodies would have affected more than 3.5 million people with about 6 million living in the city. For London with a population of 13.9 million people, such a disaster would provoke the death of more than 8.7 million people.

In both cases, the impact area of the asteroid would be formed impact craters, and the main affecting factors would be a strong wind, the effects of the shock wave and thermal radiation.

As a model of the asteroid, scientists have considered the object of spherical shape with a diameter of 200 meters and a density of 3.1 tons per cubic meter. It is assumed that this celestial body collides with Earth’s surface with a speed of 20 kilometers per second and at an angle of 45 degrees.

To such conclusions scientists have come, having a computer simulation program using ARMOR (Asteroid Risk Mitigation Optimization and Research). Experts also examined the case of the explosion of the asteroid in the air over cities and the situation when the fall of a celestial body begets a tsunami.

According to experts, the Earth asteroids with a diameter of about 200 meters fall every 40 thousand years, and a diameter of 50 meters every 850 years.