Scientists have modeled the scenario of a nuclear attack on Washington 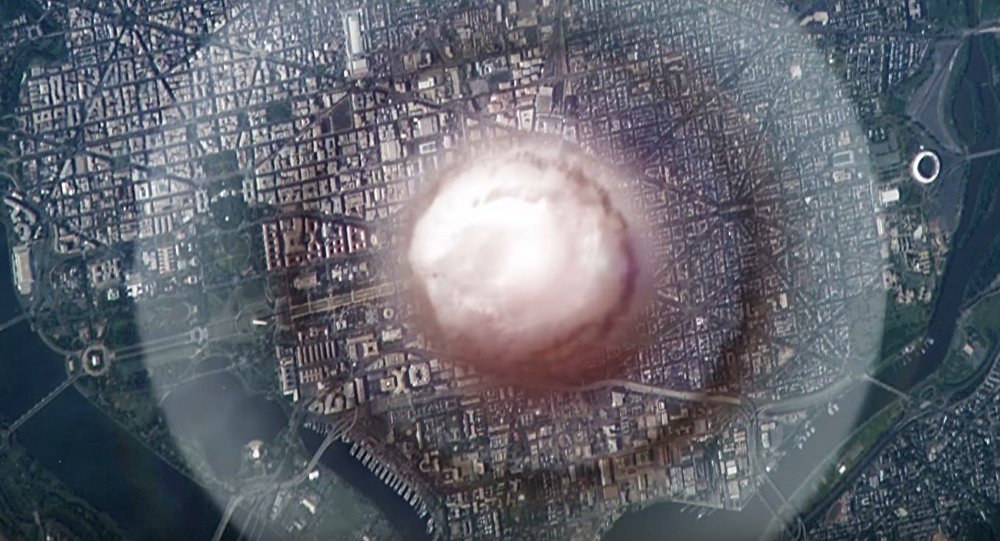 Scientists have modeled the scenario of the day of judgment by the example of Washington. “Attack of terrorists” with the use of nuclear weapons occurs in one of the May days. A video describing the nuclear disaster was published by Science Magazine.

So, at 11:15 am on Monday the machine of terrorists was blown up in the very center of Washington with the population of 730 thousand people on the corner of 16th street and Kay Street. The suicide bombers launched a nuclear explosive device with a capacity of 12 kilotons – three times weaker than a bomb dropped on Hiroshima. The scenario for further events is as follows: a fiery cloud rises above the city, in a second the White House, the Capitol, and the obelisk of Washington are completely destroyed by a shock wave. Everything is erased from the face of the earth within a radius of a kilometer from the epicenter of the explosion. Within a radius of five kilometers transport and power systems are paralyzed, cellular communication is not working because of the electromagnetic pulse. On the streets of the central areas of the city lie the bodies of the dead and dying. Meanwhile, a mushroom cloud stretches in the direction of Maryland, showering Washington with radioactive dust.

In the United States, such “National Planning Scenarios 1” (NPSC1) has been under development for almost 70 years. Today such anticipated scenarios of catastrophes American emergency services and military create on high-power computers: 500 microprocessors calculate the algorithms of actions of each resident of the city. Some in an emergency, whether a nuclear disaster, the spread of an epidemic or a natural cataclysm, rush to look for relatives, others – try to get to the hospital or leave the city. The behavior patterns of panicking citizens help determine the most effective actions of emergency services.