Scientists have named the cause of the extinction of the marine megafauna of the Pliocene. 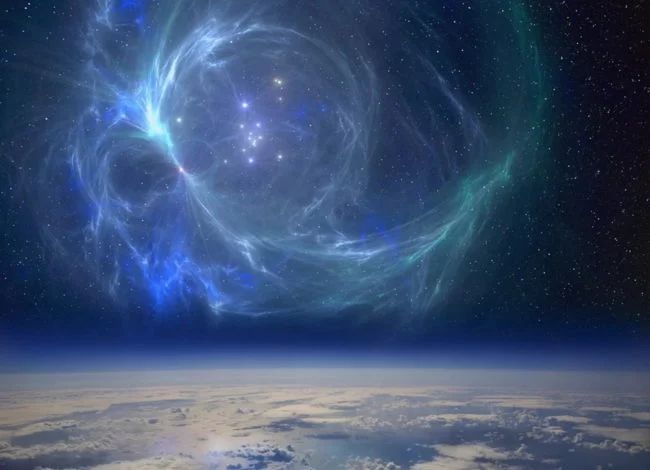 For tens of millions of years, only by giants have the oceans of the Earth been inhabited: 2,200-pound turtles, sea cows the size of a whale, sharks, the size of a bus. But about 2.6 million years ago, they all began to die out en masse. Today this period is described as the extinction of the marine megafauna of the Pliocene. Then, over a short period, more than a third of incredible-sized living creatures died out, including the megalodon, a shark up to 25 meters long. Scientists still can not understand what caused the incident.

According to researchers, one of the main factors was definitely climate change. Started a new ice age. Ice displaced warm water, thereby reducing food reserves for large individuals. However, climate change may not be the only cause of what happened.

In the preprint of the article stored on the site arxiv.org and being prepared for publication in the first issue of the journal Astrobiology for 2019, the opinion is made that the other major factor contributing to the mass extinction of the sea giants were exploding stars.

A group of scientists led by Adrian Melott, a professor of physics and astronomy from the University of Kansas, argues that the period of the beginning of the mass death of marine life on Earth coincides with the period of appearance of a supernova or perhaps even a whole chain of small supernovae nearby. And if these explosions were really strong enough, then they could flood the Earth with their radiation and cause an increasing number of mutations and cancers of the fauna on our planet. Moreover, the process lasted several hundred years. And the bigger the animal was, the researchers say, the worse it was for him under the influence of so much radiation.

“We calculated that the likelihood of developing cancer in a living body the size of a person could increase to about 50 percent. And the more you are, the worse for you. For the same elephant or whale, the radiation dose would have been even higher, ”Melott writes.

The assumption of Melotte and his colleagues is based on the study of 2016, during which traces of the isotope of iron-60, a radioactive variant of iron with a half-life of approximately 2.6 million years, were found in ancient sediments of the seabed. If these radioactive isotopes were formed together with the Earth, then “they would have been gone for a long time,” says Melotte. Thus, the only explanation for their presence on the planet is “outside bombardment” several million years ago.

Scientists who published their study in 2016 associate the isotopes with a series of supernova explosions that occurred 8.7-1.7 million years ago, about 325 light-years from Earth. According to Melotte, supernovae flared up far enough to cause significant damage to our planet, but at the same time close enough to Earth so that it could be in the way of their residual radioactive radiation.

During star explosions, part of the emitted radiation could take the form of muons, which have a similar structure to electrons. However, the difference between them is huge. Muons are two hundred times more massive than electrons and are capable of penetrating far enough into the Earth hundreds of kilometers, and, of course, into the depths of the oceans. Hence the theory arises that after the explosion of the star and after such a flow of muons hit our planet, the marine fauna could unwittingly come into contact with these radioactive particles that caused mutations and death of animals.

Cosmic radiation, in combination with other known factors, such as climate change, could be one of the reasons for the changes, which ultimately dragged the sea workers to the bottom. Melotte notes that the evidence for supernovae (or supernovae) near the Earth at that time is only “one of the pieces of the puzzle,” which will help solve the mystery of the extinction of sea monsters on Earth. Perhaps we will never know what exactly killed the megalodon, but while scientists are looking into the depths of the sea, it might also be worthwhile to turn our gaze to the stars.