Scientists have officially proclaimed the beginning of a new geological era 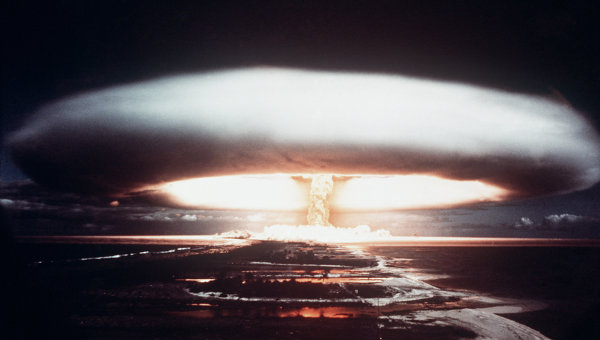 A group of experts working within the framework of the International Commission on stratigraphy officially announced this week the beginning of a new geological era – the anthropocene, the age of humanity, what scientists said at the International geological Congress in South Africa, Cape town.

A distinctive feature of the anthropocene is that our collective actions have begun to dominate the work of all environmental mechanisms of our planet. In fact, the Earth is a giant spaceship, the crew of which is humanity. If we lived on a real spaceship, the constant tampering with his life support systems would have been madness. The beginning of the anthropocene tells us that we are playing with fire, ” said Christopher Reply (Christopher Rapley project) from University College London (UK).

Ecologists, biologists and many other representatives of natural Sciences for over half a century talking about the onset of the anthropocene – the new geological and historical era in which the world began to dominate. In favor of this there are a lot of arguments, based on sharp acceleration in the pace of animal extinction and irreversible changes in ecosystems caused by human activities.

Similar ideas in the past, even today, cause a sharp rejection on the part of geologists who do not believe that such processes can leave a noticeable trace in the rocks of the Earth, is able to tell our distant descendants or guests of the planet, at that time a new era has begun that is associated with the development of our civilization.

The fact that geologists have used two formal criteria for separating historical epochs — the existence of visible traces of a long-term and long-term changes in the rocks of this era, and traces the rapid and short of global change.

A vivid example of this are the sediments at the boundary between the Cretaceous period and the Cenozoic, which has preserved all the traces of a meteorite that killed the dinosaurs and caused global changes in the climate of the planet. Such a layer of rocks, signaling the change of times, geologists are often called gold nails, by analogy with the symbolic crutches, which are the industrial magnates of the nineteenth century were driven into the sleeper during the laying of new Railways.

Because of this precise nail anthropocene does not exist, the scientists who today want to announce it early, you have to negotiate what event in the history of mankind and the Earth will play its role. For this role, with varying degrees of success, now claims the beginning of the 17th century, the mid-1950s and 1964.

This week’s expert group on the stratigraphy of the Quaternary period, worked on this question, made a proposal to start a new geological era in 50 years of the last century, when the industrial emissions and radioactive dust scattered nuclear tests on the Ground, would produce appreciable geological traces in sedimentary rocks.

If you agree with this definition, then the last geological era – the Holocene – which began after the last retreat of the glaciers and stabilize the planet’s climate – will last only 11,5-12 thousand years. All this, presumably, will again spark debate between geologists and other scientists, and the controversy surrounding the beginning of the anthropocene is likely to continue with renewed vigor.