Scientists have opened the mysterious nature of lithium in the Universe 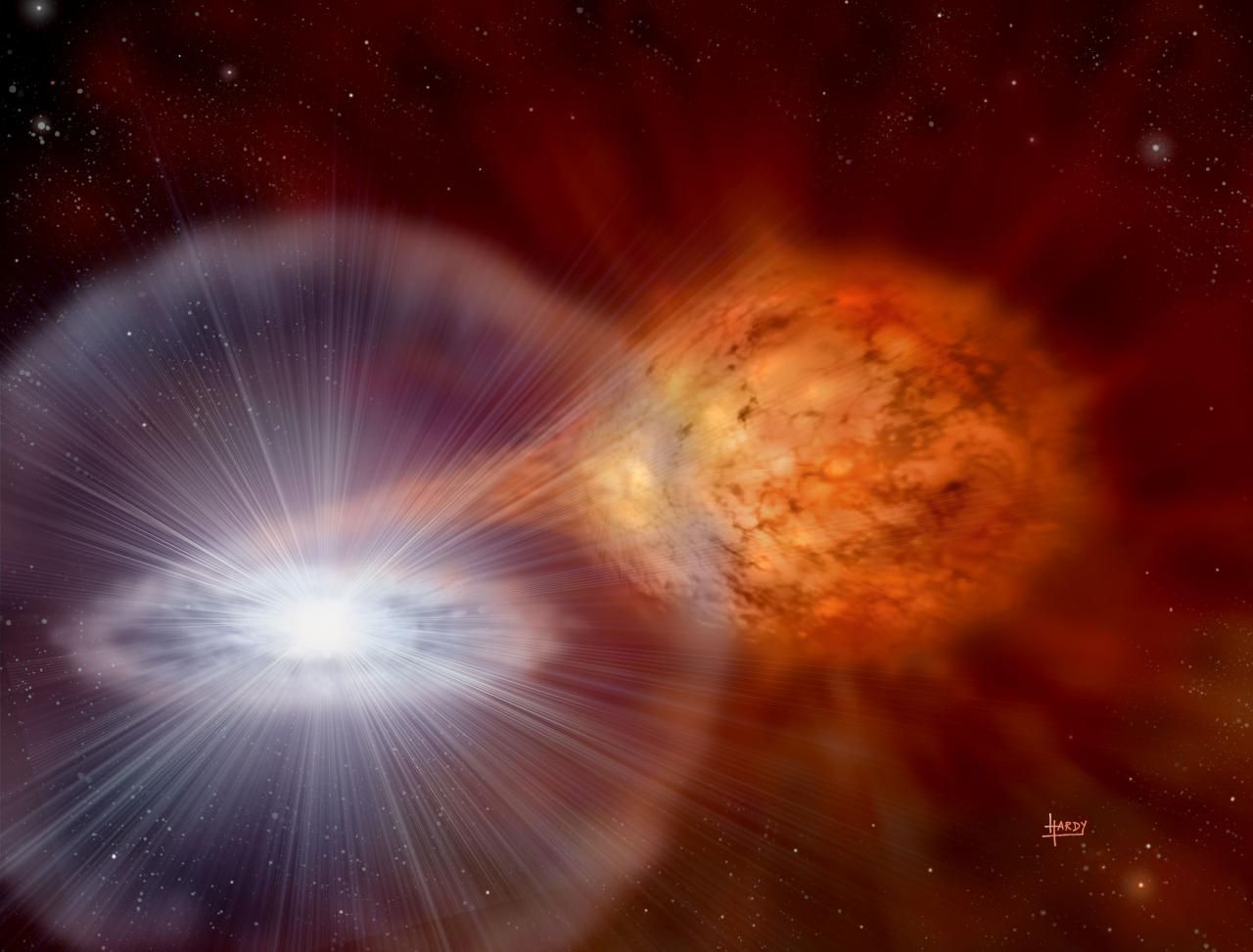 Lithium, the easiest of firm elements, is formed as a result of astrophysical processes, however his origin still remained a riddle for scientists. However the other day the group of researchers has opened large amounts of beryllium-7, an unstable kernel, being the predecessor of a kernel of lithium, in one new star that testifies in favor of a hypothesis that the main source of lithium in our Galaxy are new.

New stars, or just new, arise in double systems, one of a component of which is the white dwarf. When falling matter from a star partner on the white dwarf, on a surface of these burning-down remains of a star the blanket of hydrogen which at achievement of a certain density of substance blows up that leads to temporary increase in brightness of system up to 100000 times is formed. In several weeks such system is stabilized, and further process repeats.

The lithium origin in the Universe represented so far an unresolved scientific problem as primary nucleosynthesis of an era of the Big Bang has led to formation only 25 percent from the amount of lithium which is available today in the Universe while the remained his part had to be formed at course of secondary processes which, however, didn’t manage to be revealed so far unambiguously.

In a new research group of researchers led by P. Molaro, studying new the Sagittarius 1015 N.2 by means of the UVES tool of Very big telescope (Very Large Telescope, VLT) the European southern observatory, for 24 days, could track for the first time evolution a beryllium-7 signal in this new and calculate his current quantity. Beryllium-7 represents the unstable element which is breaking up with formation of lithium within 53,2 days, and his quantity unambiguously indicates lithium presence, authors of article say.

Earlier in other research availability of lithium in a new star has been already established, however measurements of amounts of lithium in system of the Sagittarius 1015 N.2 steels new in a year can explain with a surprise for astronomers as this quantity by 10 times surpasses amount of the lithium which is in the Sun therefore two such all amount of lithium in a galaxy the Milky Way.